This is unbelievable -- I know a whole lot of folks on unemployment -- this is UNRIGHTEOUS!!!

the Republicans are trying their best to make Barack an one termer ... anyway they can ... including messing with people -- in many ways to make it look like Barack is causing issues ... people will not remember them --but they will black President Obama for this one!
Click to expand...

Wealthy to Benefit Most from Obama-GOP Tax Deal

A new analysis shows that the wealthiest Americans will receive the most benefit from President Obama’s controversial fiscal deal with Republicans. This week, Obama agreed to extend the Bush-era tax cut for the wealthiest Americans and reduce the estate tax in return for a 13-month extension of jobless benefits and a handful of tax credits for low- and moderate-income Americans. According to the New York Times, at least a quarter of the tax savings under the deal will go to the wealthiest one percent of the population. The plan’s $900 billion cost will be added to the federal deficit, not made up through spending cuts or the closing of loopholes that have taxed capital gains and dividends at just 15 percent. By contrast, the only group that will see its taxes increase are the nation’s lowest-paid workers. Individuals who make less than $20,000 and families with earnings below $40,000 stand to see tax hikes because Obama agreed to eliminate his Making Work Pay credit, which provided up to $400 for individuals and $800 for families of low and moderate income. Speaking at the White House, Obama rejected Democratic criticism of the plan, saying he was forced to compromise.

President Obama: "I’ve said before that I felt that the middle-class tax cuts were being held hostage to the high-end tax cuts. I think it’s tempting not to negotiate with hostage takers, unless the hostage gets harmed. Then, people will question the wisdom of that strategy. In this case, the hostage was the American people, and I was not willing to see them get harmed."

Vice President Joe Biden met with Democratic senators on Tuesday in an effort to win support for the deal. Independent Senator Bernie Sanders of Vermont has indicated he will attempt a filibuster to block its passage. Assessing the plan, Anne Mathias, an analyst with the brokerage giant MF Global, said, "It’s going to look like the rich are getting richer again."

Some senators are threatening a fillibuster. Let's see if they have the guts

Kemetstry said:
Some senators are threatening a fillibuster. Let's see if they have the guts

why should it be a matter of guts?

no way in hell does the condition of the 2 percent who were just bailed out with a trillion dollars that these check receiving folks grandchildren will have to pay for,

no way does their petty little tax hangups

weigh in as a bargainig chip,

for those who have not gotten bailed out,
getting what they rightfully deserve as tax paying citizens.
an extension in a outsourced job market

Kemetstry said:
Then it's up to us to tell the truth and place blame exactly where it belongs
Click to expand...

..we were discussing this at lunch today

Black People : the blind men and the elephant 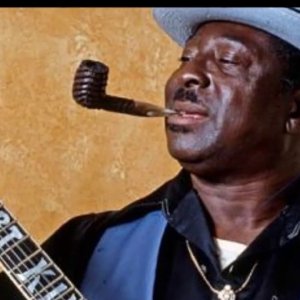