AP) Republicans in the House Thursday blocked a bill that would have extended jobless benefits for the long-term unemployed beyond the holiday season . An extension of jobless benefits enacted this summer expires Dec. 1, and unless they are renewed, two million people will lose benefits averaging $310 a week nationwide by the end of December.


The failed measure would have extended jobless benefits through the end of February at a cost of adding $12.5 billion to the nation's debt. Republicans opposing the legislation said the measure should be paid for by cutting unspent money from last year's economic stimulus bill.
The White House criticized Congress for voting to cut off unemployment benefits with the holiday break approaching.
"I don't think we want to leave here having fought for tax cuts for millionaires and against unemployment insurance for those that have lost their jobs," spokesman Robert Gibbs said.
Democrats brought the measure to the floor under fast-track rules that required a two-thirds vote to pass, so the measure fell despite winning a 258-154 majority. Republicans blasted the move since it denied them an opportunity to try to offset its cost.
"The fact is, we can both provide this help and pay for it by cutting less effective stimulus spending," said Rep. Charles Boustany, R-La. "That's what we should be debating today."
Efforts to renew federally paid jobless benefits for people who have been out of work for more than half a year has bedeviled Congress for much of the year.
Every recession since 1950 has featured an extended federal benefits program financed with deficit dollars. That's a precedent Democrats refused to break when battling with Republicans for months earlier this year to extend the program.
Republicans didn't pay any political price for stalling efforts earlier this year to extend jobless benefits that provide critical help to the unemployed - including a seven-week stretch over the summer when jobless benefits were a piece of a failed Democratic tax and jobs bill.
But allowing benefits to expire in the holiday season may draw negative attention to Republicans, especially when measured against their insistence that tax cuts for upper-income taxpayers not be allowed to expire.
"We have never cut off benefits for out-of-work Americans where the unemployment rates have been this high," said Rep. Jim McDermott, D-Wash. "Without this extension, temporary federal extended benefits will shut down ... denying benefits to two million of our fellow citizens over the holiday season."

Ankhur said:
maybe this will wake folks up about how important it is to vote
Click to expand...

Well this is the kind of talking we got from our Brooklyn votes, and after being designated as Secretary of the Negro Caucas, it will return to being the Black Caucus, cause as a BK sister;
she ain't taking no shorts!

Washington, DC- Today, Congresswoman Yvette D. Clarke released the following statement in response to the efforts made by House Republicans to block the extension of unemployment insurance:

“It is no secret that our country is experiencing tough economic times. Today, I joined my Democratic colleagues and voted to extend unemployment insurance to the millions of Americans who are currently unemployed. Unfortunately, my Republican colleagues decided to vote against our efforts to give Americans the unemployment benefits they need as they continue to search for work.

“We in the government cannot leave the American people by the wayside; we must help the American people as our country climbs its way out of this economic ditch. We will work to find emergency short-term extensions that will help families get through the holiday season, but rest assured we will not stop fighting for a long term, permanent solution.”

Black People : the blind men and the elephant 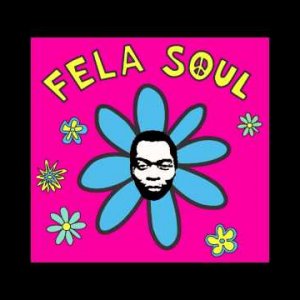