EGYPTIAN JUSTICE IN GREECE AND ROME

4. Clean hands doctrine is innocent of fraud, a doctrine of equity of not taking advantage of own wrongdoing=Blacks Law dictionary. We find this in the clean hand/feet doctorine in John 13:8-18. When hands/feet are clean you are "Blessed" see verse 17. Satan's feet are dirty and gives Jesus the Donkey/Set/Satan heel kick see verse 18. Concept comes from Egyptian hall of Justice where mouth hands had to be clean (truthful) to enter heaven see notes below.

In Egypt "God is Maat/Truth/Law...whose truth maketh free the tongue" From Fetish to God in Ancient Egypt By E.A. Wallis budge p.380 This sounds like Jesus saying the truth will set you free John 8:32 just like James equating Law/freedom James 1:25 and 2:12. When Adam was specifically forbidden not to eat of the fruit of Moral Order/Justce/Maat it was a sopisticated attack on the Egyptian doctrine of Maat as a Tree of Good & Evil.

These terms were just to name a few were originally terms used in the Egyptian scales of Justice/Maat weighing the Heart (soul) and or Tongue (words) to be balanced/Equilibrium against a feather of Truth. Those whose deeds lined up straight names were placed in the book of life. The Egyptian Hall of Judgment of souls and the notion of a balanced Justice and court procedure became Hellenized and the source of Justice/Maat to which Greece and Rome owe.

In the Old and New Testament we see the Egyptian court of Justice symbolized as the Tree of Good and Evil in the middle/Balanced of the Garden plus with the one time use of the Term "Lukewarm" in Rev 3:16. Lukewarm was Equilibrium between/middle of hot/cold and was "spit out". In the Egyptian religion Maat/Tefnut is "spit out" and cited as being that warm water.

The Tree of Good and Bad was alluded to and explained in Matthew 12:33-37 it contained some of the basic components of the Egyptian Maat/Justice. Matthew states:

A. Tree of good/bad known by Fruit (heart) of deeds

B. Deeds of Heart and mouth

C. Judgment Day words will condemn or acquit you

ABCD has all of it precedents all found in the ancient Egyptian religion and court system. Justice was defined in part by Plutarch as:

From the time of the Jewish scribes rebellion aganist Maat/Justice and refused to eat and live off of it all of black peoples contact with whites have been injustice, inequality and expolitation of unbalanced scales of right and wrong.

"Homage to you, O ye Gods, who dwell in the Hall of the Maati goddesses (Tefnut was female Twin to Shu), who are without evil in your bodies, and live upon right and truth, and who feed yourselves upon right and truth" (Egyptian Ideas of the Afterlife By EA Wallis Budge p.150-151. The OT scribes couldn't of been talking about anything else but the fruit of Egyptian Maat. Aditionaly when hunger gets to Osiris "His hunger is with shu, his thirst is with Tefnut" that Lukewarm water talked about in Rev 3:16 see Osiris & The Egyptian Resurrection Volume 1. p.131 By EA Wallis Budge.

Now if the Tree was symbolic of Egyptian Justice then it the smoking gun the Garden was in Egypt.

Brother AACOOLDRE : The taking of Joppa: An Egyptian literary precedent to Homer’s Wooden Trojan Horse story in The Ody

Brother AACOOLDRE : Ericka Badu & her Egyptian song: "Back in the day" 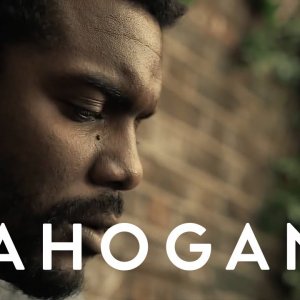