Black Education / Schools : Education and Progress in the REAL World

chuck said:
Always let's do be clearer about what it takes to be truly educated:

As contrasted with merely being indoctrinated!
Click to expand...

Well, considering the anniversary coming up in 6 days it is worth considering what is meant by 'Science'.

So what does it take for skyscrapers to hold themselves up? Won't there be more steel toward the bottom to support the weight above? So how can FIFTEEN YEARS go by without scientific experts discussing the tons of steel and tons of concrete on every level of the towers? I was thinking there was something wrong with what I was seeing on the boob tube on 9/11. I spent the next two weeks wondering why I was so sure there was something wrong. At the time I could not imagine 15 years going by without the obvious being discussed.

Reality is stranger than fiction; 2001: A Stupid Odyssey.

An educated populace full of individuals thinking for themselves could be a problem. Oh yeah, there is that other anniversary. Vulcans from Star Trek? LOL

Personally I consider Global Warming to be a big part of the REAL World problems.


That is a lecture given in Australia by a Black American.

I do find it really interesting that he said "Obama underestimated the amount of inertia in the US government". We are given an exaggerated idea of how much power the US president has.

Maybe I have watched too many climate videos already but to me he seemed to talk a lot and not say very much. But though he mentioned GDP he never said anything about PLANNED OBSOLESCENCE.

So how much of the last 100 ppm of CO2 in the atmosphere is because of Planned Obsolescence? I don't hear economists or climate scientists discussing that.

To me education means figuring out what is important about how the world really works and learning about that. The Laws of Physics do not give a **** about Economics or whether humans go extinct.

I think it should be EUROcene. People around the world had to react and/or submit to Europeans with technology.

Something that looks interesting:

The last time I tried a $100 computer it was not quite junk but only marginally useful.

This is similar to a Raspberry Pi and I have one of those. It is mostly very good but can lock up on some websites. But this with Project Gutenberg on a microSd card could be great. If the keyboard and screen are good enough.

HANDS ON WITH THE PINEBOOK

Of course how do hey figure out what's best?

Black Education / Schools : Has the Lack of Education Hurt Our Progress
2 3 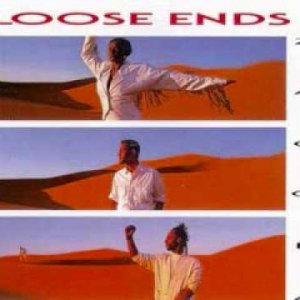