3 hr ago By HEATHER MURDOCK of Associated Press


ABUJA, Nigeria (AP) — An Ebola outbreak that has left more than 660 people dead across West Africa has spread to the continent's most populous nation after a Liberian man with a high fever vomited aboard an airplane to Nigeria and then died there, officials said Friday.
The 40-year-old man had recently lost his sister to Ebola in Liberia, health officials there said. It was not immediately clear how he managed to board a flight, but he was moved into an isolation ward upon arrival in Nigeria on Tuesday and died on Friday.
Nigerian Health Minister Onyebuchi Chukwu said it was the first case of Ebola to be confirmed in Nigeria since the current outbreak emerged this year. The disease already has hit Guinea, Liberia and Sierra Leone.
"All ports of entry into Nigeria, including airports, seaports and land borders, are placed on red alert," he said. "Ministry of Health specialists have been positioned in all entry points. Active surveillance has also been stepped up."
Authorities are investigating anyone who may have come into contact with the deceased, Chukwu said.
"We have already gotten in touch with all the passengers," he said. "We are monitoring and investigating."
Liberia's Chief Medical Officer Bernice Dahn identified the Ebola victim as a government official with the finance ministry.
"When his sister died, his workmates were kind of afraid for him to be around," she said. "We received several calls from workmates on whether it was advisable for him to go to work."
The man told health officials that he had not had any physical contact with his sister, and based on his explanation, he initially was told to report back to work but was advised not to travel. He later was asked to stay home for 21 days but apparently continued working.
He flew to Nigeria to attend an international conference. Blood tests for Ebola returned positive from the Lagos University Teaching Hospital later Tuesday.
Ebola, one of the world's most deadly and contagious diseases, has now infected at least 1,093 people in Sierra Leone, Liberia, Guinea, and now Nigeria, according to the World Health Organization.

only think i can think of to do personally is pray

Dreya said:
ebola always has been communicable - its just that its communication rate is slow - this still seems to be the case to me at the moment - the worryin thing will be that now its in a city of 2 million it has the potential to hybridize with some other infection somebody has already and become much more easily communicable - specially if it becomes airborn - the ways its spread is through sex - eatin infected meat - handlin people whove already got it - specially if you come into contact with body fluids and so on

only think i can think of to do personally is pray
Click to expand...

No, it has never spread this fast or this easy. It use to be extremely rare

Dreya said:
ok - can give you that - but that aint same as sayin it aint communicable at all which is what i thought you was sayin
Click to expand... 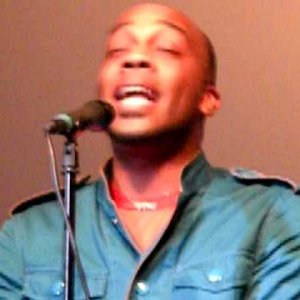