UBNaturally said:
Many do still hold to the theory that AIDS came from a monkey in "Africa", then targeted the "gay community" in the US of A in the 80s for the sake of it.
Click to expand...

You're putting the horse before the cart. What happened was that some white American gay guys went to Africa, sexed some monkeys then came back to the U.S. and gave it to some gay bruthas who gave it to bruthas on the DL who spread it across the black community.

i dint think there was a vaccine for ebola anyhow

There isn't. My understanding is that ebola's natural host is not monkeys, but gorillas. Whenever an outbreak has occurred in the past, it was almost always in Congo (where they have mountain gorillas) and to a lesser extent, Zaire. Which is why the affected nations were so flummoxed and unprepared when it broke out in their countries.

UBNaturally said:
I did forget about the "gay monkey sex" that "contributed" to the spread.
Thank you
Click to expand...

You know my response was "tongue-in-cheek," of course? I made the "connection" for the precise reasons you gave, i.e., of African monkeys transmitting HIV to humans and yet.... and yet.... gay white males in the U.S. were the first human population it was found in.

P.S.
Sorry, but when b.s. is stinking up the air, I tend to go "sarcastic." So, bringing it home: a gay, white male flight attendant is "Patient Zero" for AIDS. He supposedly brought the virus into the Americas and from him, the infection spread throughout Canada and the U.S. (think he was Canadian). But white folk have an aversion to accepting responsibility for their diseases and most especially for being carriers of diseases that kill off whole populations, so white "scientists" pointed the finger at, well, first at 18 Haitians who were found to have the virus, said THEY gave it to, at the time, 200 white gay males who were diagnosed as having AIDS. A couple years and 2,000 new cases of white gay male AIDS later.... and gay white males ONLY (while the number of HIV cases among Haitians stayed at 18, i.e., did not increase), they needed a new scapegoat for their own filthy diseases and pointed the finger at.... ya got it! the motherland, and said it originated with monkeys. NOTE: Isn't it funny how ONLY Old World monkeys in Africa supposedly carry all these dread diseases and NONE in the New World, i.e., South America, do?

At any rate (smh), for monkeys to be the source of human HIV, some humans must have "sexed" some infected monkeys. And the humans most likely belong to the populations FIRST affected, i.e., gay white males. Gay white males who, as a black supervisor who once went to Haiti on a church mission told me, go to Haiti specifically to have sex with young, impoverished Haitian boys. So logic says that if white AMERICAN males, gay or straight, are ALWAYS present in places where dread diseases FIRST evince themselves, there's a connection between white folk and dread diseases.

UBNaturally said:
All of this is tongue and cheek... think that's how they used to test for "AIDS" too when they first "discovered" it.

Those gay prisoners in "America" got it from those gay monkeys in "Africa", as the story goes.

Glad Magic has lasted long enough to have some old Jewish man asking what he has done for the black community other than having "AIDS".

Was it just me, or did Sterling seem a bit miffed that Magic survived "AIDS"?
Click to expand...

Health and Wellness : First Ebola Patient Arrives in the ATL
2 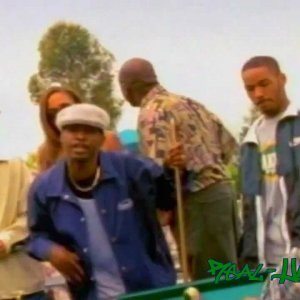