Black People Politics : Dress Rehearsal Something that Always existed within the Republican Party

Sure, for Trump supporters

We knew they did. We've seen it many times when a Caucasian is holding a weapon waving it on running from police. No guns are immediately drawn.
There was one young lady shot today within the rotunda.. She didn't survive.
" If you know something is wrong or bad.

After todays insurrection. My answer is YESTH!

HODEE said:
Is Trump’s Coup a ‘Dress Rehearsal? ​
Of Something that Always existed within the Republican Party


​
https://nymag.com/intelligencer/2020/12/historians-fear-trumps-failed-coup-is-a-dress-rehearsal.html
The separation of powers held. Yet the question remains as to whether these guardrails will last.

The analogy in American history was to Joseph McCarthy, who became anathema only years after he dominated Washington, D.C., with his demagogic anti-communist crusade. Today his name is an insult. This scenario was the most optimistic one possible proffered by any of the experts. However, McCarthy’s downfall happened in an entirely different era when the Republican Party eventually turned him into a pariah.

The alternative scenario proffered is that if false claims of a stolen election will persist like the “stab in the back” myth after World War I in Germany, which wrongfully suggested that democratic politicians had betrayed the army and prevented victory. “This has the result of weakening the regime because it just lowers the legitimacy among large sections of the electorate,”

“One can’t have a democracy [in a two party system] where one of the two parties is not fully committed to democratic norms.” Ziblatt described the current situation as an escalation of constitutional hardball, where political actors “sniff out weakness in constitutional structure,” violating long-standing norms if not technically the law. He pointed to the Trump-led effort in 2020 to have Republican-controlled state legislatures pick their own electors to throw victory to the president, regardless of how their states voted.

The possibility of a step like this was always embedded within the constitutional structure, but no one, until now, had been willing to explicitly overturn the results of a presidential election that already had a clear and decisive winner.

“I worry that this whole post-election process has been the dress rehearsal,” said Harvard political scientist Steven Levitsky
Click to expand...

This is back in the news
Senator Cheney speaking out about Jan. 6th
One of the security-related policeman that tried to defend the Capitol that day. Speaking out.

The " R " party must change, become humanitarian enough to really care about more than money, power and position. Their party have always violated all norms
Last edited: Yesterday at 9:12 PM 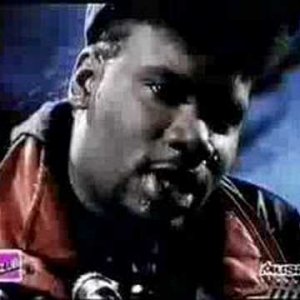