I do not believe anything published by the Washington Examiner, the newspaper founded by the late head of the Moonies. The publication has tried to taken seriously over the years. But it still publishes a bunch of Right Wing nonsense.

Such as Dr. Anthony Fauci being a virus conspirator and friend to folks at China's Wuhan Institute of Virology. While serious investigations are still on ongoing, most scientists believe the Covid-19 virus is one of several naturally occurring coronaviruses. SARS is a coronavirus as well. Why is the latest called Covid-19? Because it was discovered in 2019.

In other words, it did not come out of a lab.

Ever hear of FactCheck dot org? It's a website that debunks lies and on-going conspiracy theories. The website published a story on this "Dr. Fauci is liar B.S." on May 15, 2020 and updated it on June 18, 2020.

"The Wuhan Institute of Virology received $600,000 as part of a larger five-year U.S. government grant to a U.S.-based nonprofit studying emerging infectious diseases. But President Donald Trump put the figure at $7.5 million, saying he 'ended it. "

"We asked the White House where the $7.5 million figure may have come from, but we haven’t received a response.

"False claims that the Wuhan lab had received $3.7 million in National Institutes of Health grant money have circulated online after an April 11 Daily Mail story made that assertion and Republican Rep. Matt Gaetz repeated it in a Fox News interview.

"The NIH didn’t award such a grant. Instead, it gave a grant totaling $3.4 million, beginning in 2014, to the U.S.-based EcoHealth Alliance to study the risk of the future emergence of coronaviruses from bats. And EcoHealth distributed $600,000 of that total to the Wuhan Institute of Virology, a collaborator on the project, pre-approved by NIH."

There is so much nonsense making the rounds of the Internet about Covid-19. What is true and undeniable is that this virus is on its way to killing a quarter of a million people in the U.S. alone.

It affects everyone and medical professionals said it especially wreaks havoc on older ones with pre-existing conditions. It has really clobbered the Black Community and we have people telling others: "Aw, don't worry about it. It's not that serious."

Until it is.
T

Fine1952 said:
The Real Super Spreader! -- He was behind the funding and creation, and then he got in front of it, smh!

stop spreading your conspiracy theories, your using breggin.com which from the looks of it is a fake science site

Eye swear, with the exception Destee

--there is no intelligent life here...!

You offered little proof for your claim except a lone psychiatrist who is not a viral infectious expert and is widely considered by many to be a quack.

And there are numerous news stories which pronounce Trump supporters' claims of Dr. Fauci being in cahoots with the Wuhan lab as fictitious. Not even researchers of Snopes dot com accept those lies.
T

You offered little proof for your claim except a lone psychiatrist who is not a viral infectious expert and is widely considered by many to be a quack.

And there are numerous news stories which pronounce Trump supporters' claims of Dr. Fauci being in cahoots with the Wuhan lab as fictitious. Not even researchers of Snopes dot com accept those lies.
Click to expand...

thank christ another voice of reason 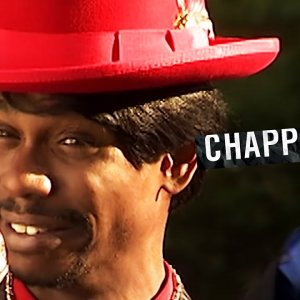