Black People Politics : Donald Trump Is Begging Black Americans To Give Him A Chance – In A Leaked Memo!

Donald Trump Is Begging Black Americans To Give Him A Chance – In A Leaked Memo! (Do You ACCEPT IT . . . Or NAH??)

The President Elect has offered an olive branch to Black people after thousands marched through the streets protesting his victory in the Presidential election.

In a leaked memo entitled: DONALD J. TRUMP’S NEW DEAL FOR BLACK AMERICA – WITH A PLAN FOR URBAN RENEWAL. The Donald lists ten pledges that will define a new deal for Black America.
Click to expand...

· In Trump’s memo it states: “Every disadvantaged child in America to attend the public, private, charter, magnet, religious or home school of their choice. School choice is the great civil rights issue of our time, and Donald Trump will be the nation’s biggest cheerleader for school choice in all 50 states. We will also ensure funding for Historic Black Colleges and Universities, more affordable 2 and 4-year college, and support for trade and vocational education.”

· “We will make our communities safe again. Every poor African-American child must be able to walk down the street in peace. Safety is a civil right. We will invest in training and funding both local and federal law enforcement operations to remove the gang members, drug dealers, and criminal cartels from our neighborhoods. The reduction of crime is not merely a goal – but a necessity.”

· Equal Justice Under the Law: “We will apply the law fairly, equally and without prejudice. There will be only one set of rules – not a two-tiered system of justice. Equal justice also means the same rules for Wall Street.”

· Tax Reforms to Create Jobs and Lift up People and Communities: “We will also have tax holidays for inner-city investment, and new tax incentives to get foreign companies to relocate in blighted American neighborhoods. We will empower cities and states to seek a federal disaster designation for blighted communities in order to initiate the rebuilding of vital infrastructure, the demolition of abandoned properties, and the increased presence of law enforcement.”

· Financial Reforms to Expand Credit to Support New Job Creation: “We will have financial reforms to make it easier for young African-Americans to get credit to pursue their dreams in business and create jobs in their communities.”

· Trade That Works for American Workers: “We will stop the massive, chronic trade deficits that have emptied out our jobs. We won’t let our jobs be stolen from us anymore. We will stop the offshoring of companies to low-wage countries and raise wages at home – meaning rent and bills become instantly more affordable.”
========

· New Infrastructure Investment: “We will leverage public-private partnerships, and private investments through tax incentives, to spur $1 trillion in infrastructure investment over 10 years, of which the inner cities will be a major beneficiary. We will cancel all wasteful climate change spending from Obama-Clinton, including all global warming payments to the United Nations. This will save $100 billion over 8 years. We will use these to help rebuild the vital infrastructure, including water systems, in America’s inner cities.”
===========

· America First Foreign Policy: ‘We will stop trying to build Democracies overseas, wasting trillions, but focus on defeating terrorists and putting America First.”
" If you know something is wrong or bad.

how bout he start by reining in the KKK ?

Truck the KKK.
They no longer strike fear in Blacks since the CR era.
Whose afraid of the KKK.
Not me. I got a flag to. Red Black And Green, some spit, a bat to knock someone in the face, a taser, and my two friends Smith and Wesson. And I got a partner ready to do battle with the KKK. We got this.

whose afraid of the KKK. The kiddi gang. We know where they hide, in suites making policy and in police uniforms. Which could explain the fear at that level.

There are gangs much more dangerous than the KKK. Including some Black gangs. That is their fear. White peoples fear. They are no longer the scariest. There are gangs waiting to kick that sheet.

We really need to stop giving them power by faking the fear.
The 13th Amendment states: “Neither slavery nor involuntary servitude, except as a punishment for crime whereof the party shall have been duly convicted, shall exist within the United States, or any place subject to their jurisdiction.”

IFE said:
There are gangs much more dangerous than the KKK. Including some Black gangs..
Click to expand...

let me know when some black gang takes on the KKK... 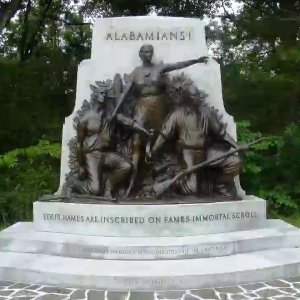