Congo : Does amerikkkan interest threaten democracy in the Congo? Yes.


Statements by American ambassador Roger Meece at a meeting with the Chinese press have given rise to many questions in Congolese political circles. In response to Cei’s rejection of a request made by the Union for Democracy and Social Progess (UDPS), Etienne Tshisekedi’s party, to reopen voter registration centres, Roger Meece supported the position taken by Malu Malu, Cei’s president. This has led certain observers of the Congolese political scene to question Roger Meece’s hidden motives, given that Ciat had initiated negotiations with the UDPS to bring them into the electoral process. Why welcome the integration of the UDPS and, at the same time, salute Cei’s refusal to reopen registration centres?

Observers familiar with the political scene are explaining this ambiguous attitude as an attempt to protect the mining interests of American companies, which would appear to be more important than bringing democracy to the Congolese people.

The United States do not have friends, they say. They only have interests to defend. This is the lesson that anyone who wants to understand international relations needs to take on board in their analyses.

Since its independence, the DRC has always been a major stake in any global economic discourse. Multinational companies continue, through their governments, to influence the internal politics of the DRC.

In 1960, the free world‘s rhetoric against the expansion of international communism masked economic wars being waged by both the capitalist and communist blocs. With the end of the cold war, the mask fell away.

All the developed or industrialised countries are motivated by the defence of their economic interests. The report by a UN team of experts about the economic stakes, the main cause of the wars in the DRC, is very clear.

Mining contracts that the government in Kinshasa has just signed with a number of American companies perhaps explain this controversy about involving the UDPS in the political process. For some, it illustrates the adage: ‘Better the devil you know, than the devil you don’t,’ and just goes to show that the attitude of the Americans is no different from other countries with an interest in the Congo. ‘If I don’t do it, someone else will.’ 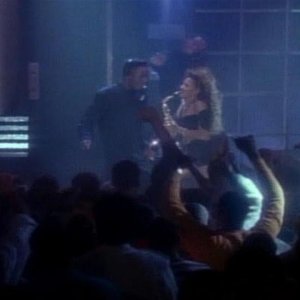