Sister River dreams of the day when when young gangbangin' brothers will turn down any offer that seeks to destroy our communities, no matter the price tag to get the job done. I dream of a day when Africa will no longer stretch forth her mendicating arms, begging for the world's help, beseeching China, and other world powers to help do for Africa what Africans could do for herself, and her people.

I get so tired of African nations beseeching the world for help, because I know that she will never get the help from others that she seeks. Each and every deal she makes with the devil ensures her continued slavery to the world powers. When will she learn that lesson. It truly makes one wonder if all of the stories of African glories past are just a bunch of wistful distortions and imagninings of our historians and soothesayers. How do a people who built civilizations as grand as we purport, get dragged down so low as to lose complete self-confidence in their ability to build such civilizations once again? With their culture still in tact, and their languages and Gods never lost to total acculturation, Africans SHOULD demonstrate the ability to rise, again, from the ashes of ruin - and without the help of those who robbed her blind in the first place.

...but I think we are a people who want the easy way out. We want what the European has NOW, and the only way to get what the European has NOW, is to be strong and powerful enough to TAKE IT FROM HIM. As we are not strong and powerful enough to take what we want, we must resign ourselves to the excruciating task of slowly building, brick-by-brick, our own AFRICAN INSTITUTIONS, and we must resign ourselves to not making excuses. As long as you got this man in your backyard, stealing your potential oil profits out from under nose because YOU failed to invest in the kind of industrial education that would make it possible to build your own oil wells, you got a built-in EXCUSE to keep him there as your safety net. When we feel CONFIDENT enough to let him go, then all of these complaints about him and his CIA will cease to be heard, because he simply wont be around.

For now, though, I am so tired and exhausted with Africa's problems. I know that they are solvable, but at a price and a sacrifice Africans seem unwilling to make. If Africans are unwilling to solve the problems of the continent, though, others like China and the United States, will be more than happy to "HELP" her solve theirs.

"She'll" "learn that lesson" when WE STOP ASKING THIS QUESTION and do the dadgummed thang!

WHEN AFRICANS IN AMERICA STOP LOOKING AT AFRICA AS IF "SHE" WERE SOME OTHER PEOPLE!! duh!

the world has got to be laughing at "us" because WE are the solution! we are the most powerful Africans on the Planet, what with the "freedoms", "money", "education" and "opportunities" we throw away everyday on the bling-bling, 40s, fashion wear, hair care, gas guzzlers and all the other crap that "the devil" has brainwashed "us" into believing we need to live!!

hell, i know that i am! ...except when i'm hanging my head in shame watching "us" ask damfool questions like this!

africa is like a beautiful woman who has been raped many times by different men,and although she continues to get up and hang on to her dignity,she still gets raped.


oldiesman said:
africa is like a beautiful woman who has been raped many times by different men,and although she continues to get up and hang on to her dignity,she still gets raped.
Click to expand...

i pray for the day when we get to the point where we say "we", rather than "she" when referring to Africa ...

Log in
Similar threads
Black People : The Black race will be exterminated if it does not build a black superpower in Africa
Black People : So Where Does the word 'AFRICA' Come From?
Africa : Africa Does Not Want U.S. on its Terrority
Black Women : Does size matter in Africa?
Black Relationships : Does Marriage involve a contactual right to...
Black People Politics : DOES YOUR STATE PREPAY YOUR BALLOT POSTAGE _ Find out here...
African American History Culture : What Does BIPOC Stand For? Here’s Why You Should Consider Using the Term to Be More Inclusive
Black People : Live Thyself, What Does It Mean?
Black People : Are We To Accept The Notion That COVID-19 Does Not Make Jail And Prison Visit???
Black Relationships : LOVE, what does it really feel like?
Black People : I Am Not Beholden To Anything So Call Black Leadership Does
Black Spirituality Religion : If One doesn't believe in God or the Devil? What does that...
Black People : A Disrespectful Mind For Time, Is A Mind That Does Not Use Time Wisely!!!
Black Poetry : Does it matter?
Gun Ownership : If You Don't Like Guns, Does It Make Sense to Own a Gun?
Black Spirituality Religion : What Does Tribulation Before Christ...
Black People : What does this mean?
Health and Wellness : What Deep Breathing Does to Your Body
Health and Wellness : Here's What Eating a Thanksgiving Feast Actually Does to Your Body
Black Spirituality Religion : Does the old testament contain good advice on how to maintain a marriage/relationship?
The Police : Where does police brutality fit in America's first law enforcement museum?
African American History Culture : What Is #Code-Switching And Why Does It Matter?
Black Astrology : What Does My Natal Chart Say About Me?
Black People : Though "Tall" describes me physically, it does not unify me Socio-Politically with Tall people.
African American History Culture : What does it say about us when we don’t support our own?
Science and Technology : Does God Exist? Some Scientists Think They Have Proof
Black Poetry : Outlaw: Does It Apply To You?
Law Forum : Does Florida’s Death Row overrepresent African Americans as state lawmaker says]?
Black People : Does anyone sew?
Black Astrology : What does it mean to be born on the 29th of the month?
Brother AACOOLDRE : Does the New testament Imitate Homer?
Black Men : Best Trimmer/Shaver For Your Face That Does Not Give You Bumps
African American History Culture : What Does It Means To Labelled As African-American In 2017?
Black Entertainment : Academy Awards: How much does it cost to win an Oscar? A whole lotta dough
Black Christians : REPARATIONS or REPATRIATION--What Does the Bible Say About it?
Black Entertainment : Issa Rae HBO Show "Insecure" Does Not Represent Black LA or Black LA's Wealth
Black People Politics : The Emoluments Clause And How Does It Apply To Donald Trump
Health and Wellness : what truly does characterize african African-American culture in 2016?
Black People Politics : does everyone here believe in the illuminati?
Black People Politics : Does It Matter When A White CEO Says 'Black Lives Matter'?
African American History Culture : What does it mean to be ‘black enough’? Three women explore their racial identities
Brother AACOOLDRE : What does Fifty shades of Grey & Pimps No more have in common
Egypt : Does Chinese Civilization Come From Ancient Egypt?
Black Christians : The Word "Beast" What does It Mean In Scripture
Black People Politics : Creflo Dollar Says God Told Him To Endorse Donald Trump - What does this say about God, if Anything?
Beauty - Hair Care - Fashion : Dear Khloe: Cultural Appropriation of Black Hairstyles Does Matter ... Here's Why
Chevron Dove : WHAT DOES A RUDDY PERSON LOOK LIKE?
Chevron Dove : WHAT DOES; HAIR LIKE A FLOCK OF GOATS & LOCKS LOOK LIKE?
Black People : Does this video strike a cord?
Black People Politics : How Does The Rest Of Humanity View Us Too?!?
Share:
Facebook Twitter Reddit Pinterest Tumblr WhatsApp Email Share Link 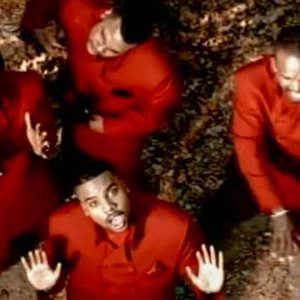