Black People : Do you realize now the importance of Black Unity

The past 48 hours should have made us all aware of the uncertainty of peace and how easily wars can begin.
We sit day to day and watch Donald Trump tell North Korea if their leader continue to make threats he will unleash on them fire and fury unlike the world has ever seen.

Yesterday Aug 8th Kim Jong-Un sent a message that what Trump said was nonsense and that he was bereft of reason
and that if Trump made one more threat
on August 21st North Korea would fire misses at the island Guam.

I look back across time at other critical moments in American when war seemed it was a step. In all honesty I don't remember being as anxious as I am now.

I know the majority of you who are regular members here at Destee are sincere about uniting black America and working towards total equality and liberation to our race.
But you represent a micro-number in our black population and in all honesty the black sisters and brothers
outside this forum don't think like you.

You all try so hard to make black people about their circumstances in AMERICA and you try hard to unify our race.
But look at us now. Two countries threating to use nuclear bombs on each other.

We have always needed to be United as a race. But we chose to turn a deaf ear to the great black thinkers and leaders. So what will we do if Kim Jong-Un decides to bomb Guam in two weeks.

Do you really think this won't draw in other countries and lead to a global conflict?
Do you honesty believe the world's economies won't be affected by this?

When was the last time you actually talk to your black neighbor and gave them a helping hand.
The point I am making don't think AMERICA will be an easy place to try to survive in after a major nuclear conflict.
Whites won't help each other and they aren't going to help you!

There needs to black people to step up and train blacks on how to pull in groups and survive the aftermath of World War 3.
As I said we should have tried to get together a long time ago

The wolf is outside the door howling
Now what are you all going to do?

I make it a point to spread the message of Black unity through my actions on a daily. I speak to every Black person I see and ask how their day is. Those that engage me in conversation are usually those that think like I do.

blackflame said:
read today of the deaths of 2 more innocent lives 9/8
blm
how long will we stand by and accept these deaths in our communities
before we make a stand at home
Click to expand...

I reside in an all black city. In the mid- 1990's one year the murder rate went so high the mayor declared a state of emergency.
State troopers were sent up from down state to assist the local police.
Did blacks decide to get together on city scale and help law enforcement combat this crisis? No, there a few pockets of block clubs that tried to organize groups to help, but nothing on a large scale.
They didn't realize that that myth surrounding this area and the malicious black on black crime has circulated for decades. Yet they never did anything to help dispell the reputation of black on black crime.
I wasn't born here I came because I married a native and yes I was warned about the attitude and behavior of my black brethren before I relocated here.
That is a shame when black on black crime is so bad people fear an entire city because of it.
Yes I have been extremely disappointed in what I have witnessed over the years.
The behavior and the actions of blacks towards each other, it is terrible.
We have lost tremendous young black talent over the years gifted young women and men who had the capacities to help turn this City around.
They just got tired of the fight and when they obtain their college degrees they relocated to other cities in America.
I have witnessed so much black discord among us and if wasn't for me reading the works of great intellectuals like Dr. Francis Cress Welsing, Neely Fuller, Malcolm X and others I would have turned my back on blacks out of exasperation.
There a tiny percentage of us who cross over to Whites because of traumatic incidents they lived through because of their dealings with other black people.
Not all of us have the patience to study the works of great black thinkers to under why African Americans often treat each other so badly.
It is bad, bad, so bad

Black People : Do You Realize There is a Bigger Picture?
7 8 9 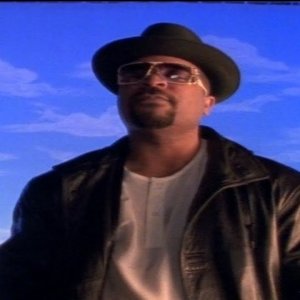