Well, I love my sisters period. I have to have my sisters AFROCENTRICwith some revolution in them. That does "it" for me! LOL. I guess I should just tell all my secrets huh?

I just LOVE sisters with anything afrocentric on. Clothes jewelry etc...:luvv:
S

Ledda said:
I know this wasn't for the sisters to respond to. You know, I'm very light skinned, my friends back in highschool used to say I could wear white girl make-up.....I can wear the lighter colors, but I try to go for bronzers when using foundation. A lot of people have miustaken me for being half white. I know people who have met my mama, who comes from LA-creole ancestory, and ask, "Oh, well is your dad white? I thought your mom was white and your dad was black." I get offended by this and I've said in the past on one post that I use sun tanning lotions especially in the summer. I think my husband is attracted to those features. I know he is. It's not something I worry about but as a teenager he used to just date white women. Before me the closest thing he had was a girlfriend who was half white/black. He now says he would never have another white woman. I heard him and his granfather talking a few months ago and his grandpa said to him, "Boy, I'm sho glad you got you a black woman." (ha, ha) Anyway, I'm attracted to his African features, or his blackness. I love, love, love a dark man! Ooo wee!!! I also love his full thick lips, his wide nose, his broad shoulders (it's getting hot up in here!)
Anyway, that's what attracts me to a man.
Click to expand...

I can seriously relate. I also have very light skin. I am around the same hue as Lisa Bonet. Both my parents are black. I have a light-skinned mother(she is darker than me) and a dark skinned father. when I'm out either one of my parents, many people assume that the other parents is caucasian which is not true. I just think the best thing is to be and love the way the Creator made you.
D

Sweet baby_face said:
I can seriously relate. I also have very light skin. I am around the same hue as Lisa Bonet. Both my parents are black. I have a light-skinned mother(she is darker than me) and a dark skinned father. when I'm out either one of my parents, many people assume that the other parents is caucasian which is not true. I just think the best thing is to be and love the way the Creator made you.
Click to expand...

Lol, so treu. People asume you can only b '' real black '' when youre really dark, with broad features. But an African with a small nose, longer hair or lighter skin ''has to be mixed ''

And the so called European features are not European at all. They (whites) just pick all the atractive features and call them white. A small nose are seen among east africans, and sout-asians. A lighter skin can be found everywhere. Asians have more beautiful hair then whites .. sorry. And black also can have long hair, like my sister! And light eyes exept for bleu ones, can also be found other races and etnicity's. But I think there are also blacks who thin its un-cool to say '' I'm fully black and proud, and do not have mulat blood'' There are to many black saying, I have white/asian or indian blood also. I respect some white people for being proud to be 100% white and just say it. There are not many black who do this

Deeska said:
They (whites) just pick all the attractive features and call them white.
Click to expand...

i don't consider those features to be so attractive

I don't care what a sister's features are, just as long as she has a knowledge of self, a flat stomach, and hips at 38 + 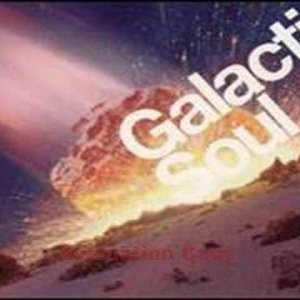