frankster said:
Sounds like pretty intelligent peoples writes those words to me and they knew that God made the earth and the fullness thereof, in who we move and have our being..
Click to expand...

No, it sounds like someone was waxing poetic about God based on their beliefs; nothing else.

ZealotX said:
You are stating this as if fact. You're not proving it.
Click to expand...

It is a known Fact what MLK did
If some one told me his experience, and I accepted what he is relating as true, then I must make some sense of it....some thing in the air coming down (not falling down) its a no brainer - its obviously flying and we can't identify it, so we give it a name based on its description and or behavior.
If he has evidence all the better...if he has none it becomes a matter of his credibility.

If someone today walked up to you and told you that God told them to tell you to kill 5 people at a shopping mall, would you do it?
Click to expand...

ZealotX said:
No, it sounds like someone was waxing poetic about God based on their beliefs; nothing else.
Click to expand...

Yes...that is truth
What it means is that God is all things - Omnipresent.
Everything is a manifestation of God

You do not have to have a name for something to be able to communicate to others about that which you speak.....Sometimes a description is better than a name. What is does is let us know that they were familiar with Volcanos. Which is my point.
Click to expand...

If they saw a car driving through the desert does that mean they now know what a car is? Or would they simply describe it based on what they saw? Does it make them familiar with cars?

No. It does not make them familiar with volcanoes if they can remove the pillars of cloud and fire from the mountain. What this tells me is that YOU now recognize that there were definitely volcanoes in their surroundings and that they came into contact with at least 1. That, is MY POINT. They were familiar to the extent they experienced one. They were not familiar to the extent that they understood how it worked. And when you don't know how a volcano works you really don't know what a volcano is because it IS how it works. Otherwise, it's just a mountain. They didn't attribute the working of the "mountain" to underground and pressurized magma and gas. They attributed the working of the "mountain" TO GOD! It's the same as this: 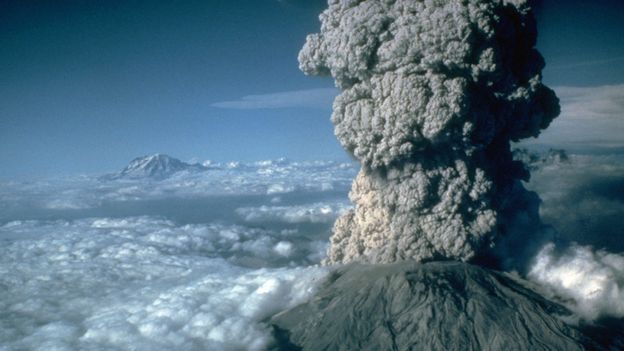 Why ancient myths about volcanoes are often true

And how the story of Atlantis may be one of them
www.bbc.com

This article shows you exactly how ancient people created myths around volcanoes. A lot of people think the bible is all fiction. I don't. Because I don't think human imagination is that good. Instead, what happens is that real events get twisted and turned into myths and legends. These stories, because of their audacity and artistic license, survive for generations; long after the original events. So you can know that there was a literal event that happened but it doesn't mean the supernatural parts of the story are literally true.

The problem with Moses, is that his literal parts of the story include genocide against all those who didn't believe he was in communication with the mythical god of the volcano. You don't even want to see it as a volcano because you believe Moses. To see the volcano you have to "unsee", in your mind, things that you have convinced yourself are true. I sympathize with your situation because I was a believer too. And then I started seeing things one after the next that eventually unraveled the whole ball of yarn.

You want to believe God exists so when given the opportunity... when given a story... we latch on. But sometimes we don't recognize or remember that there were many stories from many places. And it doesn't mean that one story is right. It just means that people of all cultures and locales were absolutely willing to make up stories to support their beliefs. But we always have in our history, certain people, who still to this day, claim to be in contact with God, and they are usually the ones in a position to ask you for money. And the idea is that they will use their relationship with that invisible god/goddess to give you an invisible advantage in life.

And so it spawns other beliefs, like how God will protect travelers if you pray, as if he wont do it if you don't; as if he is willing and able to play traffic cop for millions of people but constantly either fails or makes people crash on purpose; including devout Christians. While the thought of a super powerful magical being watching your back 24/7 is comforting, it is not reality and devout people die just like everyone else. And sometimes the most horrible people become POTUS. And people STILL think God did it because they think literally everything is his will. That's a lie. They are simply giving all the credit, but if the world was under that degree of control then you wouldn't have to pay tithes or offerings to help anyone. Everyone would receive help through supernatural means.

I'm not trying to disprove your whole belief system and attack your faith. I'm simply telling you that Horeb was a volcano and that they likely saw the eruption of Santorini. And Exodus was their way of speaking to that experience. But understand that when you mythologize these real events and phenomenon in a STORY, that story does not need to maintain scientific consistency. I never said they said that smoke was descending. I said they said that GOD DESCENDED inside that smoke and fire. I even showed you where God supposedly was warning Moses that they would "see" but that they had to stay back to keep from really seeing "him". Again... this is Exodus 19. And it clearly tells you that there is a mountain involved.

12 And thou shalt set bounds unto the people round about, saying, Take heed to yourselves, that ye go not up into the mount, or touch the border of it: whosoever toucheth the mount shall be surely put to death:

And then it clearly tells you that cloud was coming from this location because they had traveled to the mountain, being led by the pillar of "cloud" and fire. How would these things lead them to a mountain if they were not coming from the mountain? Clearly, it was a volcano.

16 And it came to pass on the third day in the morning, that there were thunders and lightnings, and a thick cloud upon the mount, and the voice of the trumpet exceeding loud; so that all the people that was in the camp trembled.

And now, here is their description of an eruption event. The "anan" (cloud) that was visible in 16 is clearly the result of the ashan ("Smoke") in 18. The smoke becomes the cloud!

18 And mount Sinai was altogether on a smoke, because the LORD descended upon it in fire: and the smoke thereof ascended as the smoke of a furnace, and the whole mount quaked greatly.

SEE? The smoke ASCENDS. Just like the smoke of a what? A FURNACE. A mountain with a furnace inside is a what?

And the eruption even caused an earthquake. But the reason why this is mythical is because of the idea that God DESCENDED upon it in fire. That is added to what is already going on, what is already obviously a volcano. But the fire isn't explained as "oh that was a volcano". No the fire is credited to God descending upon it which is why for hundreds of years Christianity was treating this mountain as JUST a mountain, not a volcano which it obviously was.

21 And the LORD said unto Moses, Go down, charge the people, lest they break through unto the LORD to gaze, and many of them perish.

This proves that NO ONE SAW God. All this is presented like a curtain that was hiding God from sight. And the people were warned that God would "break forth upon them". (v22-24)

So whoever wrote this likely captured the idea, transferred through oral tradition, of a volcano but... because it was non-direct retelling they were disconnected from what it actually was and the story grew into myth because someone was hearing it some time in the future just like we read the story some time in the future and as a result we come away thinking that there was this cloud that was flying through the desert just in front of the Israelites and at night it turned into a pillar of fire, COMPLETELY DISEMBODIED, just floating in the air, like MAGIC.... because like you said... magic is science that isn't understood. And so it appears to be magic UNTIL you factor in the mountain, the earthquake, the thunder, the lightning, the loud noise, the smoke, the threats not to touch the mountain, or try to get close enough to see... the people trembling in fear. Brotha when you combine all of that all of these ideas like separate pieces of glass, each with a drawing that all line up and the image they create together is a volcano. And if you want to believe that God used a volcano, that's FINE. I'm not trying to take that away from you. You can give God credit for every natural disaster if you want; including the tornadoes that ravaged Ohio and Tennessee, but that's a matter faith. What I'm saying is that this was factually a volcano. I'm not arguing your beliefs. I'm saying this was a volcano. Now if you want to believe that on a separate occasion God dispensed with the whole volcano thing and descended in front of the temple in a much smaller way that wasn't a fire and was only smoke? I don't see a reason why there would be a scientifically valid explanation for smoke in Exodus 19 but not one for the smoke in front of the temple. We can argue about that separate event if you want. But my goal was to establish that the pillar of fire and "cloud" was the effect of a volcano.

For me, not you, this destroys the credibility of Moses because in MY view, not yours, he used the beliefs of the people to say that this was God in the volcano and that it was proof that he was both real and in communication. And that communication made him a "god to pharaoh" and ruler over the Israelites.