Black People Politics : Do Y'all Really Believe Hillary Would Have Been Better for Black America than Trump...

Queenie said:
And Pompeo is better?
Click to expand...

Whatcha got on him?

Fireman said:
It is not to the degree as it is here in the U.S. Their culture is different and it goes backs many centuries. They don't have the multinational companies as we have in America. They aren't the financial capital of the world. We are. And I am including China in this as well which is second now to America. They don't have the billionaires and like we have. So with more wealth comes more expensive homes, cars, yachts, and etc. And because of their culture, they are able to spread of share their wealth more than here in the U.S. That is why their economy which is capitalistic, more free market than the U. S., can thrive along with their socialist form of governments.

American was founded on individualism. Go out there and make it for yourself. The opportunity is there. It was all about self. And when it is all about self it became all greed and selfishness. There is no need or even a concerned about others. In fact, we exploit others to make us rich and richer. And we will sell you health insurance to make us rich first and your health comes second. This is what our culture is rooted in unlike those of Finland, Sweden, Norway, and etc. However, the culture can only change when the people change. When the people change, then the culture will change.
Click to expand...

The United States of all the rich countries gives the most, 31 billion at one time to 40 countries in one year.

You are right America has reached the ideal of individual liberty to go for big plans or plans that are more simple. Our choice. I personally don't like Socialism telling us what to do and what we can have. If I am hungry, I know I can go offer to work for my dinner that day at a fast food. A place to temporarily stay, a homeless women's shelter until getting that a job I need. Don't forget Welfare for bigger problems, and then working my way up the ladder.

In a free individual society:

If you think you'll lose, you're lost.
For out in the world we find.
Success begins with a fellow's will,
it's all in the state of mind!

I found this poem and I would add the man who thinks he can, acted upon his hope -- and didn't give up with one way or another.

You know, I don't think I need to explain Pompeo or his actions to you who I know pays close attention to what goes on in the political sphere we find ourselves in today. And I also don't expect us to agree on the actors in this Shakespearean tragedy that we call the Trump administration either. What's happening is a tragic waste and the characters have fatal flaws. And, sadly, I don't believe there will be any poetic justice when all is said and done. My point is, Pompeo is no better than HC, in my opinion.

Anyone paying attention to what he says and what has been revealed that he does or has done, is pretty much the same as what we've seen other characters in this administration do, particularly #45--not tell the truth, the whole truth and nothing but the truth. No one who can read and comprehend, is fooled by the antics. The veil has been pulled back and we see that the emperor wears no clothes. Statesmanship? Maybe once upon a time, but certainly not in this administration.

You may disagree, but lies have become our normal, political buffoonery and public suck-up to despotic leaders is now our reality entertainment. And, no doubt, we should be afraid. Public use of foul language, name calling to humiliate and insult and bullying at the highest level, (so much for your campaign FLOTUS) is the blue plate special--cheap, distasteful and plenty of it. Why are some people--Black people--willing to overlook these facts and argue only in favor of what they believe are the political decisions that is "MAGA" which is simply about power and wealth for the 1%?
Join Destee.com today!

Queenie said:
And I also don't expect us to agree on the actors in this Shakespearean tragedy that we call the Trump administration either.
Click to expand...

lol.
Where should we cast Hillary in this absurd tragedy? As Lady Macbeth or the duplicitous Regan?

ogoun said:
lol.
Where should we cast Hillary in this absurd tragedy? As Lady Macbeth or the duplicitous Regan?
Click to expand...

A little suspicion is going around. If Nancy Pelosi could find a way to impeach the Pres and the VP guess who would then be President? huh - interesting. What do you suppose her presidency would look like? 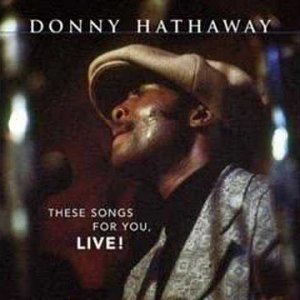