Black People Politics : Do we have a "Just in Case Plan if that fool gets Re- elected??

People, laughed at the idea that a fool like Bush would be re-elected and globaly we paid for not preparing , cause our communties were gentrified globally from the cultural virus of apathy to Black unity , we were sedated with , since the first four years of the Bush administration.
What may occur 2020 is that we as Democrats will lose focus of the Agenda of Getting the Joker out of the White House , and boycott the election if our FAVE does not win in the primary !
A Black president gave us 8 years, eight years to prepare a JUST IN CASE PLAN for the National Black community , just in case another racist nut job millionaire got into office , as occured , four times before , but did we prepare??
And are we preparing now just in case he gets , re-elected ??

So it's your position that there's a distinction among a Democrat and a Republican and a "Progressive"?

Well we have been here for 400 years! Is there a distinction between Genocide and Neglect??
For 8 years Obama , held back these cuts that Trump has put in place and is working on!
Cut that will harm 70% of the National Black community;
1 Civil Service Jobs
2 Public Schools
3 Public Housing
4 HUD mortgage Loans
5 Minority Business set asides
6 Legal Aid
7 Job Core
8 Day Care
9 City Hospital fed funding
10 City and Community College Fed funding

I'll kindly repeat the question because you failed to answer it:

Are you under the impression that there's a distinction among Democrats, Republicans and "Progressives" ?

I think Ngudu already knows the answer to his question.
Join Destee.com today! 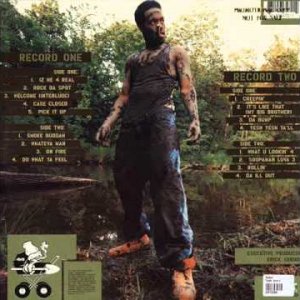