The Problem With What George Lopez Did, Explained (In Less Than 300 Words Too!)

Not if you keep asking stupid questions.

Touche. So, why is George Lopez in the news today?

Liberty said:
The Problem With What George Lopez Did, Explained (In Less Than 300 Words Too!)

Not if you keep asking stupid questions.

Touche. So, why is George Lopez in the news today?

LAWSUIT!! He called her a B and threw her out. Was it because she is Black and not an illegal immigrant. He's doing those angry commercials on the wall trump wants built.

I use to kinda like George. Hate to see him go. Won't be watching his show.
The 13th Amendment states: “Neither slavery nor involuntary servitude, except as a punishment for crime whereof the party shall have been duly convicted, shall exist within the United States, or any place subject to their jurisdiction.”

on the one had i find it hard to put any feelings on what latin people think.
on the other hand the strategy is to divide and conquer.....as long as we fall for the hype we will all be unable to defeat the whites

I get the comedic side to the joke. Many of us have listened to Richard Pryor jokes about people of other races, including his own--Black people, and have laughed until we cried and he got plenty of head nodding and "amens" from his audiences. I don't think Lopez meant the joke to be racially charged. His reaction to the person in the crowd--report says she is Black--was beyond disrespectful, offensive and distasteful.

I don't know if Lopez has ever done that before, but the timing of his tirade, post presidential elections; a time when RACE and what people think and feel about it is in your face, and now that we have a president who is demonstrating his own inability and competence to talk about that or any other serious issue that divides us, is just plain dumb.

Jokes aside..."entertainers" should be framing their comedy routines around real issues that plague our nation, particularly under this administration and work intentionally to steer clear of anything that feeds into his politics. Those jokes might have been funny before, but, as he saw, they aren't funny to some people today. So instead of crucifying and humiliating people in your audience who take stuff like that seriously and are offended by it, check yourself and put yourself in their shoes for a moment. Stop the madness and being a tool. Mindless banter for the sake of a few laughs is only serving to put people back to sleep. A lot can be learned from comedians like George Carlin.
Join Destee.com today! 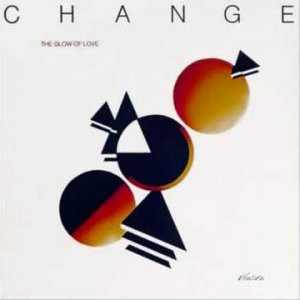