Ghana : Do Ghanaians care about Live 8?

Twenty-seven-year old Gladys Nyamekye is a single mother, who is nursing her third child. She makes a living roasting plantains on hot coals under a tin shed in Ghana's capital, Accra, and selling them by the slice.
Her daily profit is slightly more than the cliched dollar a day.

"Bob? Which Bob?" was her reply when I asked if she had heard about Bob Geldof, who unveiled plans earlier this week for a Live 8 concert, to highlight the ongoing problem of global poverty.

"I know Bob; isn't he the plumber on the other side across the big gutter?" she asked.

"Oh, Bob Marley!" a youngish, grease-coated tyre repairer out on lunch break yelled, as if time was running out on the Weakest Link.

"No, Bob Geldof wasn't a Wailer. He was a Boomtown Rat," I said.

Now the customer was lost and Gladys wasn't interested. She tended to a slice of plantain instead, to keep it from burning.

"Bob Geldof is organising a big concert to raise awareness about poverty in Ghana and Africa and other parts of the world," I explained.

"Krakye (gentleman), could you leave me to sell my plantains, please," Gladys said - irritated. "And when you go I greet your Bob."

I sauntered off wondering whether Live 8 would eventually make an impact on Gladys and her children, even if she never learned about "my Bob".

Then there was 38-year-old Kathleen Boohene. She knew about Bob Geldof and Live 8, but wasn't particularly excited about the concert's purpose.

Of course I know Bob Geldof, even if I don't dance to his kind of music

"Because of the structure and rules of world trade," she replied.

"Just look at the Europeans. They dare to be angry because the Chinese are flooding their markets with cheap textiles; they're afraid it will ruin their industries.

"Isn't that what we've been saying for years about European exports to Africa?"

"Ok, so the Europeans and the Americans know why Africa is poor but..."

"But," she snatched my half-done sentence, "... the politicians just don't have the will to fix it until it affects them, period!"

"No," she did it again, "... a night of rock and roll isn't going to change [US President] George Bush's mind! They want zero tariffs on their exports to developing countries. How are we to finance our budgets when 20% of our revenues come from import tariffs?"
Click to expand...

All I read about that was Youssou N'Dour was excluded from the act or something like that, in the New York Times.
P

African_Prince said:
All I read about that was Youssou N'Dour was excluded from the act or something like that, in the New York Times.
Click to expand...

Excluding an African singer, from an African charity event? For some reason that doesn't surprise me. 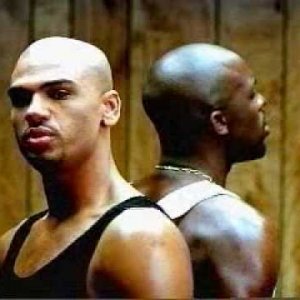