MsVeraisblessed said:
I'm agreeing NNQueen. Yes you have to be extra careful when bathe'n a cat. I have been bit and scratched for doing this. My kids when they was young spray painted our grey tomcat, Buster green. It took me forever to get that paint off of him and each time i was scratched and bit. Bad a'z kids i had back then. LOL..
Click to expand...

Thank Yall So Much! While i kinda figured cats didn't like baths, i had no first hand account, never seen it on tv or anything ... but yall have made the picture so clear ... wow ... lol Sister MsVera at the babies paint'n the cat ... oh gosh ...

Great information ... i didn't know there was a can of stuff you could use ... thanks for that Brother LilPea!

Some cats very much dislike the water, other cats like water. And some cats are indifferent. So, know the cat before you bathe it. Some (maybe most) will be pissed and some won't mind.

yeap been there and done that. hell my friend's parent's dog even hates baths. they are having a hard time giving his bad a** a bath lol..i told them the next time i come visit, i will help them bathe it and see if I can give it some of that Angelic touch lol
M

I think there are times when you can bathe a cat?


legit-writer said:
yeap been there and done that. hell my friend's parent's dog even hates baths. they are having a hard time giving his bad a** a bath lol..i told them the next time i come visit, i will help them bathe it and see if I can give it some of that Angelic touch lol
Click to expand...

*laugh*
Yeah. Some dogs can't stand water, either.
If he's not a messy dog, maybe they could use wipes and freshen him up every day? That helps.
I have 2 dogs that hate baths. My oldest dog, 'Mimi', used to battle me down every time I approached anything that looked like a basin. If it's a sink basin? Out came those little legs and she'd just be bracing the sides with each foot. Pulling up as I pushed her down.
If it's a tub? She'd be trying to climb up my body by any means necessary.
Only way that I can bathe her is to take her to the groomers...or have my fiance hold her.
She loves wipes. She sees me approaching with the wipe container and has the nerve to roll up on her back and wait. My youngest dog, still a puppy, is starting to mimic her older sister's antics.
Hot mess. 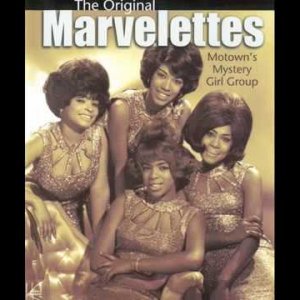