Health and Wellness : Do Blacks Suffer From More Schizophrenia or Is It Bias?

The black community has a held a distrust for the psychiatric filed for a long time, but only now is some tanglible proof surfacing that at least one disorder — schizophrenia — may be over-diagnosed among African-Americans. Schizophrenia is an incurable mental illness that may involve delusions, hallucinations, and patterns of destructive behavior and paranoia; there is no cure. Blacks are diagnosed as schizophrenic way more often than other races, with studies showing the rate of the disease to be between two to two-and-a-half times that of whites. But research now show that doctors are likely biased in making these conclusions, even if they do not know the race of the patient they are evaluating.

Yeah, I do think a lot more dark skin(specifically black) people suffer more from such things like schizophrenia, and other mental afflictions. At least, I believe it's less dormant in blacks.

I do believe there is a lot more to it than being told in certain descriptions of the diseases, though. I don't believe such things are incurable, nor do I believe all are just born with it and then suddenly it makes an appearance for all, but feel the case is different with each individual.

I see the cultures of white people and of black people and notice a great gap between them that causes one thing more in one community, and another thing more so in the other.

For example, suicide is high in the white community, but less so in the black though more blacks have what can be perceived as a tougher time surviving. In viewing that, one can think the tense hardships many blacks have to go through from their very youth on up is actually a driving force for certain mental illnesses to being more prevalent with blacks, but being taught to be tough keeps from driving to suicide.

With whites, since many don't have to go through such as the same tough pains in their youths on up, they may not have as many who suffer with certain mental illnesses, but not being used to deep troubles can be the thing that pushes them over the edge when they encounter the same troubles.

In all, I do believe it is something that can be overcome, regardless of how much they've studied the disease and say it's incurable. However, not many have anyone to tell them that nor help to find the solution, but people just collectively view them as crazy as if the rest of this world is somehow... sane.

How can they be biased if they don't know the race of the person they are diagnosing?? I would think they would have to know the race to discriminate, yes?

Also, I think every oppressed group in america has a higher rate of mental illness due to their social cirumstances. It's like a symptom of oppression. So, it really doesn't surprise me that they are diagnosed more.

There's a certain group in china, a certain genetic group, of chinese that does not get schizophrenia at all.

It's fascinating. Why don't they get it?

People who are transgender...40% of them try to kill themselves. Just because a group has a higher incidence of a mental illness does not automatically mean bias.

Health and Wellness : Can Blacks protect ourselves from the Coronavirus?
2 3 4

Hostility harder on hearts of blacks 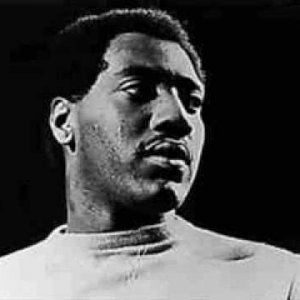