THERE IS NO POWER GREATER THAN THE MIND AND ONLY THE WISE AMONG YOU , WILL BE QUALIFIED TO COMPREHEND THIS STATEMENT, YET WE REMAIN A PRISONER TO OUR IGNORANCE OF SELF, AS WE FIGHT NOT AGAINST THE PRINCIPALITIES OF THIS WORLD, USING OUR DIVINE MIND, WE JUST SUBMIT TO THEM .

DIVINE THOUGHTS OF YOU, BELOVED. - OSIRIS

Beloved, tell me, why is it that Black people seem to be in need of other people leadership when the Soul of Black people is revealing there being a need for the Mind of Black People to go into a act of Retreat, a Retreat for the sake of getting in the know of the various aspect of the Mental Dimensions of your Mind inner self.

Such a Dimension that will inform the inner self about the reason we are as we are, as a Being that is composed by such an Intelligent Force of Divine Infinite Existence, a Force that does not require, but have you with the ability to desire that which is Divinely True.

Such a Desire being for you to know Thyself, in relationship to the Infinite Existence of a Divine Energy Essence Intelligence, which is what cause all things, To Be.

Whenever the talk is about Spirituality, regardless of its quality of description, we immediately allow our Mind to fall within the circle of Religion, and when Black people who are victims of such a mental fall, in regard to religion, hear of the term Spirituality, we immediately allow the Mind we now carry to fall upon how Religion has so described and defined Spirituality to be, as religion has conditioned our Mind to associate Spirit to be some Ethereal Form flying around in and out of your Body physical, believing that the spirit is an entity that float around in the form of your physical body, not so beloved..

Religion teach you to relate Spirituality to be a certain way to believe about that religious God, and to be obedient to the doctrinal tenets of that religion, which is that you must have an unwavering belief in the main character that represent such religion, and the more you allow your Mind to be control by the main character of that Religion, which you believe to be True, the more your body Ethereal Ghost like made up Spirit is to correspond with what such religion doctrine has informed you to believe in and to be True, the more you alienate your self from your Divine Mind, the source of your Divine spirituality.

Let any other Racial Ethnic Group with the exception of Black Afrikan People, call for and invite you to a Spiritual Retreat and the black Afrikan question not, why?

Well I will share with you why, it is because the Mind Black people now wear is that of a Religious Mind that draw no distinction between Religion and Spirituality, which mean that Spirituality is to mean Religion and Religion is to mean Spirituality, which when having the Divine Mind action operating, there come to be made clear that there is a Divine difference between Religious Spirituality and Divine Spirituality, because each is referencing a state of Mind, and its quality of use in relationship to the Body Life Self way of expressing the Spirit of your Mind action, so in religion it is believing, and in Divinity it is Knowing the difference in body and spirit.

Beloved, it has been many Millenniums since Black Afrikan People responded to a call to a Divine Spiritual Retreat, all because the Divine Mind been gone so long, and because of that fact, the body life Mind of Black people have come to be under seize by somebody else Mind, and because of that fact, Black people have been led to believe that Life Spiritual Salvation come only through the Religious Minds that are in control of the Religious Mind.

So, Black people today associate the likes of a Billy Graham, the Dali Lama, Oral Roberts and the likes of , along with the pope himself, to only have such a relationship with God that have them to be worthy to call for and conduct Spiritual Retreat and have Revelation about Life and its responsibility to self.

They do so by their calling and having you respond in belief that it is a religious Retreat you are being called to attend, and you by being religious believers, associate such a call by such religious leaders to be that of a Spiritual retreat as well, profanely maybe, but not Divinely.

So, when the call come for a Divine Spiritual Retreat, Black people make no distinction in the call, as for it having an entirely different meaning and purpose when a call for a Religious spiritual Retreat is sounded by the leaders of your oppression, all because when a Divine Spiritual Retreat is referencing a specific Ethnic of people who once have experienced the Dimension of a Divine Mind Spirituality act of expressed Esoterically and Exoterical experience, to be called by one of your own kind, you frown with disbelief and doubt, the typical display of the Mind by the oppressed, today.

So much so, until about that which extend beyond the inner dimension of conscious activity, a level of inner dimension which we been made to believe that Black people are not suppose to know how to get back to any more, we end up doubting that Black people can do Divinely Spiritually, what we have contributed to our oppressors to be religiously Spiritual to do only for us Black people, What a sad self ignorant people we have been made to be, today.

Well, because Black people now follow the guidance of our oppressors Mind, in regard to the oppressors God Religion, then Black people now, because of their Religious Spiritual influence, now find ourselves Body Life to be in the present condition it is in today and we have been religiously taught to accept such a suffering condition to be an expression of our Religious Spirituality that is well accepted by the Religious god we have been conditioned to believe in today, as the Black Life Perish because of the lack of knowledge about their Divine Spirituality.

Beloved, it is the arrogance of ignorance that will not allow you to see the need you are over due in responding to and involving your self with, the need being an experience of your Divine Spiritual Dimensions that take you beyond the purview of your Conscious-Subconscious Mental Dimension.

Beloved, you must come to know that there are Black Divine Minds qualified of informing you of the Mental requirement in order for you to experience your Divine Spirituality once again, and when you do, then be ready to behold the Resurrection of a United Tribal-less Black Afrikan Nation and a One United Black Afrika Continent. 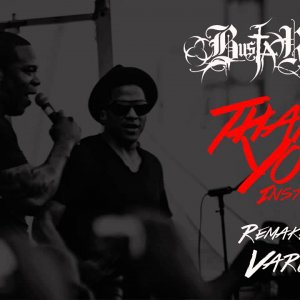