Anything Less Than Black Afrikans Demanding Our Freedom, Justice, And Independence Is A Distraction To What Is Meaningful To Black Afrikans Collectively!!!

To The Black Afrikan In America Not By Choice, America Politics Serve As A Distraction To Black Afrikans, Which Is Why Black Afrikans Ain't Got Our Behind On Our Enslaved Afrikans Reparation, Your Freedom Beloved!!!

So, Consider This Divine Truth!!!

We Black Folks live as a people been well distracted from the central theme of Living Life and as long as that racist unjust prejudice Luciferian Human Being is successful in maintaining Black Afrikans Distraction from the Esoteric Foundation to Living Divinely, Woe is to the Children and coming Generation of Black Afrikans, for where there is no Freedom there is no Learning To Know The Divine Truth And Reality About The Greater Good-God Present Infinite Intelligence ,intrinsic in the Everlasting Presence Of Infinite Divine Dark Energy, Ingredient being the Divine Essence Of What God Is, and Not To Know What God Is, Have You To Be Anybody Fool And Belief Is The Foot stool to a fool, beloved.

So, anything less than Black Afrikans Demanding Our Freedom, is and will continue to be a Distraction to Black Folks and today Black Afrikans live Life that is overbearing with distraction, guided by a believing mind.

So share with me beloved Black Afrikans, what comfort it is to live in a oppressive lying and deceiving Racist unjust prejudice society at the lowest level of profane Disrespect in a society whose social function is lying and deceiving Black Afrikan people, even using the strategy of allowing a few Black Afrikans live with an income that have you classified as being rich and famous but is in an environment control by that Racist Unjust Prejudice Luciferian Human Being, the Black Rich and Famous constituting a identity of being the Talented Tenth of Black Afrikan people living in that same oppressive environment, they being elevated in the midst of the Black World to represent the racist oligarchs American Dream, but in reality is no more than serving as a distraction to Black Afrikans who have lost the Natural Order of using the Mind Nature Designed us with, a Mind that is Divinely Thoughtful.

If you are of the naturalness of our Blackness but is no more, which mean that you have no concern about the quality of Mind-Spirit that you demonstrate to have that is not related to the patriotic mentality that display a Divine Respect to being in a Black Nationalist Pan Afrikan Spiritual Relationship with Black Afrikans to be in Afrika and with Mother Afrika, if you make claim to be Black Afrikan and you subscribe not to Afrika Nationalism/Pan Afrikanism, then you have not a Nationalist desire to be Free!!!

Because, Divine Freedom will only come when Black Afrikans are back in Afrika with our Enslaved Ancestors Reparation/Repatriation and the Descendants of those Enslaved Afrikans is in Afrika with a Divine Right to become the next Afrika Constructive State becoming a member of a United State Of Afrka Government in an Afrika that is for the Black Afrikans and if you are living without a desire to be of such quality of Freedom to be in Afrika then you, beloved, live as evident of having been distracted from knowing you need to be Free and the quality of Freedom Black Afrikans deserve can only be in Afrika living under a United State Of Afrika Government, which make those Black Afrikans who do not hold Afrika up to such Divine Esteem, you choose to be living a Life full of Distraction, which have you to be of no Greater Good-Godliness, To Black Afrikans to be in Afrika and nor to Afrika, beloved.

If You Are Black Afrikan then you should know that there is nothing or nobody or a living condition that Trump Freedom and if and when you are living without the Greater Good-Godliness Freedom, and you have no Spiritual connection to Afrika and you hear of Black Folks degrading and denouncing Afrika, then you are a Negro living Life absent of a Free Divine Mind, that Negro beloved, serve to be a distraction to us having a United State Of Afrika Government living in the presence of Freedo, that is your enemy, ignorance no longer is a suitable defense excuse for our no thinking believing action, beloved!!!

Listen and Listen Well, nothing worthwhile come before your Freedom, living without it only make you to be a consensual Living Fool easily distracted from all that is constructive to you becoming Free when not Free and today, Black Afrikans live not being Free, beloved.

Beloved, anybody who share the quality of Divine Truth that contradict the profane lies Lucifer serves up to your Black behind and it does not ever occur to you that you need to seek out such a quality of mind to physically confer with, then you are being distracted by Lucifer and there it is beloved, what more can I share with you in that regard? 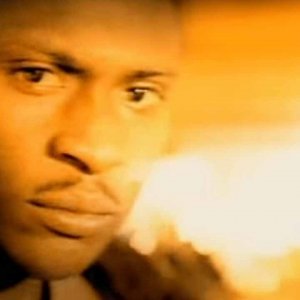