The divine knowledge exhibited by God is always true and infinite as said in the Veda (Satyam jnanam anantam...). The basic truth is very simple and can be presented briefly like this: “The absolute God being the creator of this space is beyond the spatial dimensions and is unimaginable. Such God gets Himself mediated through energetic form for the sake of souls existing in the energetic bodies in the upper world and such divine form is the energetic incarnation of God, which is relevant to the upper world only. Similarly, the same God is mediated in human form for the sake of souls in the human bodies on this earth and such divine form is called as the human incarnation. The main purpose of the mediation of God is to appear and talk with the devotees to direct them in spiritual path through clarification of doubts. The exhibition of His unimaginable powers through miracles is only to establish the basic fact that God is unimaginable. The duty of a devotee is to eradicate the ego and jealousy that resist the recognition of incarnation of God either here or in the upper world due to repulsion of the common media so that the right direction in the spiritual path can be always achieved by the soul. The creation is imaginable to the imaginable soul and is like the imaginary world of a soul to God. Hence, this creation is real and not imaginary to the soul. It is only imaginary to God”.

Such service can be done to the external medium only. Hence, the medium is unavoidable. Once, the medium comes in to the picture, the ego and jealousy come up. Therefore, if you concentrate on the internal God existing in the medium with full faith, ego and jealousy can be suppressed. Only clarifications through knowledge can give you the right direction. Therefore, when you are approaching another human incarnation, you are not leaving the God present in the earlier human incarnation. You are approaching the same God again existing in another human form. A person may be in red shirt today. Tomorrow, the same person may be in blue shirt. Does this mean that you have left the person, whom you met yesterday and approaching a new person today? The external human body is like the external dress as said in the Gita (Vaasaamsi jeernaani...).

Moreover, Krishna did not say that people should worship the photos or statues representing His external body only even after His demise. In fact, Krishna told that He will be born again and again as per the necessity. Jesus also told that He will come again, which means that He will incarnate at any time as per the necessity. You cannot fix any time frame in the case of God. The main purpose of meeting God in human form is only to blast the basic knot of ignorance through clarification of doubts so that all the worldly activities cease since those are replaced by the activities of divine service because no soul can be absolutely inactive (tasmim drushteparavare). 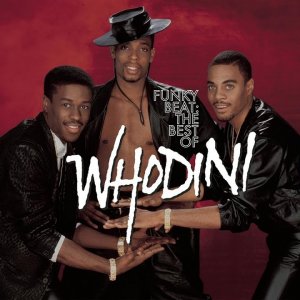