The Gratitude is for Allaah The Sustainer of The Universe and The Peace on who follows The Guidance.
The Muslim in his/her attempt at maintaining focus and ones' true placement in This world of Shaytaan and Denial & Obliviousness of The Presence of Allaah, may easily become despondent, lonely and feeling empty
The Prophet Muhammad is recorded to have said: " Let one who follows me know that he will be lonely in the world.." The Messiah son of Mary said: Those who follow me know the world will hate you.
The Remembrance of Allaah... is to think of Allaah but to also see oneself in the world as one 'thinking of Allaah. THINKING OF ALLAAH. means: to see oneself and the reality (environment) one lives in.
Allaah The Most High has not left us alone, but to move oneself toward Allaah the world and the people in it, in your life, will move away from you. One may feel very alone and displaced at moments like these.
Allaah is The Sustainer of The Unseen. So all of the 'goings on' in The Unseen is because of Allaah. Faith is an Unseen matter and Reality.

The Angels of Allaah are an unseen reality and matter. However though we cannot see them The Prophet Muhammad as well as other Prophets have taught us about Angels and their purpose.
I open now, to a degree, this vein in our body of knowledge.

When an angelic being is created the first sound from its mouth is " Laa Quwwata illa Billaahi "
No Power except by way of Allaah. If you notice, On earth we say " Wa laa hawlaa wa laa Quwwata illa billaahi ". The word " hawla " means ' Surrounded ' . The word Hawla is to recognize what in an environment overshadows all else. On earth there are many things that are bigger than our own selves, like the sky and mountains. So we must 'think' and consider what is the greatest thing in our environment.

Angelic Beings are not ever confronted with such an intellectual predicament.
They are created by and with The Word of Allaah and immediately responds to what is the basis of their existence. So they say at their own 'birth' " Laa Quwwata illa Billaahi" .

These Angels are specifically created to enter and exit the earth at Fajr and at Maghrib and during Tahajjud. They have several duties but all of their duties are based on one purpose.
You see, Angels are created Aware of Allaah. They move throughout the heavens and all the creatures they see are obedient and blessed servants of The Most High. However what they don't know and what they don't hear is "The Resume of Allaah", The Histories of Allaah. They don't hear The Tawraah, The Injiyl, The Zabuwr, The Qur'aan. These are the Written Words of Allaah. They have no knowledge of What Allaah has caused to be written for us. Save for those Angels whom Allaah has informed.

So the Angels hear rumors of Allaah as HE is IN Scripture and as He has Been, in the planet called earth, The Dunyaa. The Angels learn That Allaah is famous in The Dunyaa and the only way for these angels to hear The Fame of Allaah, is in The Dunyaa amongst the children of Adam and The followers of all of the prophets. They can only hear The Holy Qur'aan through the Salaat of the Muslim. They do not just come to earth to write down good and bad deeds, assist as Allaah would have them assist, etc... They come to earth, full of excitement and purpose.. not only to write, but TO HEAR.
When an angel hears a muslim wa muslimaati dhikratu salaati, they shout to nearby angels that THEY have found what all of them are in the earth searching for and then they that heard that angel announce that, rush to surround the reciting muslim or muslimaati.
These angels race the world searching to Hear Qur'aan. The actual words of Allaah in speech form and given ONLY to humans to recite and remember.

Salaat is a physical matter which reaches into the unseen, Just as faith and Angels and Blessing are an unseen matter(s) that reaches into the seen of our lives. In our remembrance of Allaah we should also recall His Plan and His Words regarding the present, past and of course the future.

But in the perfect present tense, the now...? Remember that angels are sent for various reasons and various purposes but all of them have one aim: to hear the Qur''an. The Qur'aan is famous in the heavens. It spreads as rumor and it excites all of the inhabitants. The inhabitants of heaven hear news about people, the children of Adam reciting Qur'aan on earth, which is lowest place of existence to the angels. So it is amazing to them That The Word of Allaah is even in such a place. what is more amazing to the angels are the creatures that are able to have a MEMORY that can contain the Words of Allaah.
The muslim is the most famous and beautiful creature to the angels. The human muslim is a walking and talking reservoir of The Power of Allaah. we have so many things from Allaah that they don't have but they revere and hold in the highest esteem: a body.

" let the one who follows me know that he will be lonely in the world.
The Prophet Muhammad only meant THIS world.

Our boredom and suffering and sacrifice is already famous with famous people, famous and righteous servants are getting news of the worshippers of Allaah on planet earth, yes, us!
So do not fret over the world and the shining things and glitter. Everything on this earth is passing... so no one holds anything that is forever: Except The Word of Allaah which is the passport one needs for comfortable travel, placement and focus after death; the same providing Guidance and Recovery (healing), Love and Compassion while Alive and living.
Let Muslims love and care for one another and help each other toward The Light Allaah has sent down into this Dunyaa, for us.
You must log in or register to reply here.
Share:
Facebook Twitter Reddit Pinterest Tumblr WhatsApp Email Link 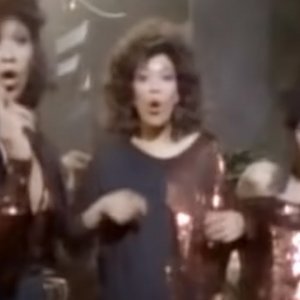