I am fully capable of holding serious, tough discussions without animosity. I have absolutely no animosity towards those brothers. I would be happy to sit down over a cup of coffee with them any day. As Heavy D said, "I got nuthin' but love for 'em." I just still believe what I believe until a truth is presented that proves otherwise.
Click to expand...

The truth of the matter is that, everytime I say "I believe", what I'm really saying is; "I DON'T KNOW". Therefore, just because You Believe Something, does not make it the truth...only a BELIEF...which is akin to saying "YOU DON'T KNOW". Knowing is a great thing...an empowering and liberating thing....try it, you might like it.

To believe = to accept as true

To know = to recognize, identify, discern

What we know develops our truth. So perhaps, when one says that they "believe" a thing, they could be speaking towards their truth and or the truth ... the "knowing" is simply the process we use to get there! .

"I DON'T KNOW" ... .. at best, is inconclusive? So, if one is unsure about a thing ... more oft' than not they will either say it directly OR their hesitation will make itself known ... eventually.

Example:
I believe that the font color I'm using to write this sentence in is ... BLACK! I know this because of the color recognition training/education I'd received in grade school.

Question:
Now, what about the previous example is ... inconclusive???

I don't believe that Africans thought of themselves as Africans. I think what we consider "African/Afrikaan/Afurakan/etc." is a summary term. I think the people of that region considered themselves human first.. then a member of their group/ethnicity second. I believe their were people in that region that participated in the operation of the human slave industry. Of course their were those in Africa who profited from Slavery.. but were their Nations that built their economies atop Slavery? Were their Nations who codified Slavery in their laws in Africa? Those are the context setting questions that illustrate the unevenness in the European and African participation in the African Holocaust/Slave Trade. Mr. Taylor's (Ken Taylor) position is really based on language. "Their was slavery here.. their was slavery there", he reasons.. and so "Slavery" equals "Slavery". Perhaps on paper.. but not in history.. not in real life. Because the words used to describe things is the same, that does not make those things the same. Some of us always remember that, others of us never knew it and have no intention of ever knowing it.
Click to expand...


Here's a link that contains the full No.4 journal of "Thoughts upon the African Slave Trade" by John Newton ... Rector of St. Mary Woolnoth:

I hear you & I respectfully disagree with the insinuation that certain African nations did "not" strongly/heavily rely economically on the selling of their own Peoples. As in, building their economy's around this heinous action.

1.Of course their were those in Africa who profited from Slavery..but were their Nations that built their economies atop Slavery?
Yes!!! As a matter of fact, there were.

2.Were their Nations who codified Slavery in their laws in Africa?
Yes!!! As a matter of fact, there were.

Here's a link that contains immutable, most unsettling facts concerning your 2 questions:

More than anything, it would set my mind at ease to believe the contrary, but if one is actively seeking the "truth" ... it is what it is!

skuderjaymes said:
I don't think anyone here has any animosity toward anyone else. We just disagree. You empathize with slave traders, we empathize with our Ancestors. We can still have coffee.. we can still be cool..
Click to expand...

Our Ancestors participated in slave trading...so I'm confused as to who you are claiming I empathize with and who you empathize with.

The truth is the truth and is not a reflection of who one empathizes with. Once again, claiming that I empathize with someone that I don't empathize with is simply a stunt, a tactic that you use to play to the peanut gallery. I'm not impressed.

The truth of the matter is that, everytime I say "I believe", what I'm really saying is; "I DON'T KNOW". Therefore, just because You Believe Something, does not make it the truth...only a BELIEF...which is akin to saying "YOU DON'T KNOW". Knowing is a great thing...an empowering and liberating thing....try it, you might like it.

Just as saying "I believe I'm going to hit the lottery today" doesn't make it so, likewise saying "I know" something doesn't make it so. So in reality all you are doing here is playing a game of semantics. Unless you were there, you don't know squat. You are in the same boat as I am, you believe. The only thing empowering and liberating is the mind games you play with semantics in order to make yourself feel better because if you had enough proof to turn your belief into knowledge, you would be presenting instead of gaming. I am effected by facts, information...not by semantics.

Amazing Grace: is a song of the repentant as this man gave up the slave trade. So, Amazing Grace can not relate to anyone else who sees light? Changes their way? (Responding to the first few posts of this thread.)

Black Spirituality Religion : What part did God play in the creation of any religion?

Black Spirituality Religion : Why did Judas not ask Jesus for forgiveness for betraying Him, instead of committing suicide? 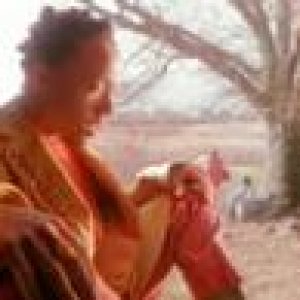