Black Spirituality Religion : Did The Black Church Sell Out The Revolution?

Sadly it seems the black church has turned into a money making business. They take money from anyone and will sell their mothers freedom for a fee. It is rare that we see a black church in the news for actually protecting and building its community. Instead they seem to proliferate much like liquor stores offering a cessation of pain for a short time rather than actual movement or enlightenment. One thing does remain strong is the church ties to white banks. Instead of investing in black banks and businesses most black churches take their tithes and donations and place them back in the white mans hands for him to give loans to anyone but the black community!There is serious distrust present in the black community from the young when it comes to church leaders; Sensitivity is high. Mainly because black church leaders seam to take advantage of the poor as much as the white man does. When a young black man is falsely accused of a crime will a black church put the weight of their fellowship behind him? Rarely...But if a young white boy murders church members congregations will come out in force with messages of forgiveness.Black churches, once powerful cultural institutions, have slowly been losing relevance for decades its leadership is old and cowardly and the young ones seemingly bent on living a lifestyle like a rapper bling and all. The Creflo Dollars of the world are taking over with televised wisdom on how god can broker you a bigger better life and stock portfolio deal.Richard Allen founded the African Methodist Episcopal Church (AME), the first independent black denomination in the United States where free blacks could worship without racial oppression..Many Black churches have evolved to an abundance of singing and dancing, clapping and shouting, the rest have become prosperity preachers but none have taken the mantle of directed influence and power to create social change.None have developed a code with which we adhere that will bring power to the fore and unite us and the diaspora with a common goal to exert influence for societal betterment.No one wants to deal with social realities except in a peripheral way like opposing rap music or gay pride. Both which are moot points when it comes to institutionalized slavery and oppression that still exists. To put it frankly the time for marching is over and the church goer would do more good investing in a black owned grocery or farm than a black church. This is a new age the diaspora is coming together and uniting with Mother Africa the only question is if the black church has become the red headed step child (AKA preachers of LA) no longer welcome at home?

W
Black Spirituality Religion : Spiritually- When did the colour Black become so negative and why?
2 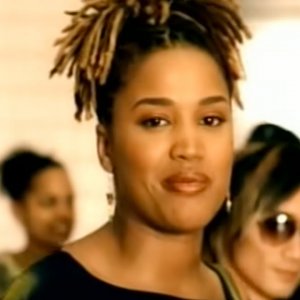