DID JEWS HELP THE EGYPTIANS BUILD THE PYRAMIDS?

To get right to the answer of the above Title Question is NO. Why?

Because of the timeline of Pyramid building age and Abraham birth and death records aren’t in harmony.

According to author and President of the Biblical Archaeology Society of New York Gary Greenberg’s book: The Bible Myth: The African Origins of the Jewish People, Abraham was born in 1815BC and died in 1640BC p.40.

3150 King Narmer (Menes) unifies Upper and Lower Egypt with Memphis as its capital.

2575- All the great pyramids at Dahshur and Giza built

1897 Pharaoh Sesostris (also called Nimrod see Herodotus 2:110 ; Genesis 10:8-10) established a colony in Greece and founded the city of Athens. The fourth King of Athens was an Egyptian called Erechtheus. He became King after saving Athens from famine by bringing grain from Egypt in 1408BC and Egyptian ceremonies and rituals renamed the Eleusinian Mysteries. Socrates claimed descended from Erechtheus through Daidalos.

The Jews claim a forced work labor in the cities of Pithom and Rameses (renamed from Avaris) in Exodus 1:11. Pharaoh Rameses come on the scene in 1290BC long after the Pyramids are built.

It appears that the Jews mixed up their mistreatment between the Egyptian and the Amorites in Genesis 15:16 (Amorites were also known as Hyksos who invaded and controlled half of Egypt for 108 beginning in 1783BC-1550BC). The Hyksos capital was in Avaris (Rameses).

Canaan (Amorites/Hyksos) caused the Jewish affliction not Egypt and their biblical redactors erroneously created a period of 400 hundred years of slavery in Egypt. The Jews weren’t strangers in Egypt but in Canaan (Gen 17:8, Gen 28:4, Gen 37:1).

1. Abraham sojourned in Egypt from Ethiopia not Ur, a city unknown at his birth. One of the accusations the Koran made against Jewish writers were that they were changing the time and place of events (Koran 5:44)

3. The prophecy said that the strange Land (Canaan) would afflict the seed of Abraham. The Canaanite Hyksos dominated Egypt and Canaan.

4. The prophecy said in the 4th generation there would be a return from the strange land (Canaan) when the power of the Amorites (Hyksos) had ended

5. Joseph, in the 4th generation from Abraham, return to Egypt

6. Moses led an Exodus out of Egypt and into Canaan.

What we have are two separate stories that have become entangled due to confusion by the Biblical redactors. However, my main point was to cite the facts that the Jews didn’t help the Egyptians build the Pyramids in Egypt because they got there after they were standing tall for a couple of thousands of years before their arrival. And contrary to popular belief, inscriptions cite the names of Egyptians work teams; they also went on strike for low supplies of cleaning materials and had medical operations on their workers when they got hurt on the job. All of these facts run contrary to a slave village helping to construct the last standing 7 wonders of the world. And in conclusion I close with an open invitation to talk to Dr. Ben Carson who thinks the pyramids were holding facilities for grain. Hey Ben we gotta talk.


Notes: Josephus writes down an outrageous lie in his Antiquities of the Jews Book 1 chapter 8:2 that “He (Abraham) communicated to them (Egyptians) arithmetic, and delivered to them the science of astronomy, for before Abraham came into Egypt, they were unacquainted with those parts of learning; for that science came from Chaldeans (Mesopotamia/Iraq) into Egypt and from thence to the Greeks also”. Come on give the ancient Egyptians some credit. Even Sir Isaac Newton said: “The Egyptians were early observers of the heavens; and from them, probably, this philosophy was spread abroad among other nations”. Look at what Diodorus 1:81.4-7 said “according to them the Chaldeans of Babylon, being colonists from Egypt, enjoy the fame which they have for their astrology because they learned that science from the priests of Egypt”. Herodotus also reported that the Egyptians invented geometry which helps aides astronomy. The Egyptian invented writing before Mesopotamia did and passed on to Pythagoras the Pythagorean Theorem. Pythagoras was popular enough to have his miracle of 153 fish caught in a Net in John 21 reenacted by Jesus. 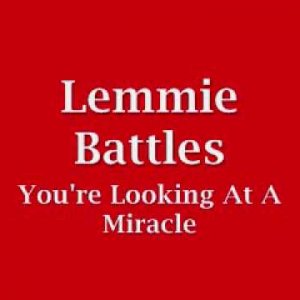