Maverick scholar Joe Atwill advanced the theory that St. Paul of the gospels was castrated and sodomized by Roman emperor Domitian. Atwill proves it in his book Shakespeare’s Secret Messiah.

My only criticism of Atwill is that he didn’t build up an additional foundation to expose Domitian as a hypocritical sodomite. He could have cited the Roman historian Dio Cassius as support and supplemental information about his sexual taste. Dio C states:

“though he (Domitian) himself entertained a passion for a eunuch named Earinus, nevertheless, since Titus also had shown a great fondness for eunuchs, in order to insult his memory, he forbade that any person in the Roman Empire should thereafter be castrated” (Roman History 67.2.3 or see http://penelope.uchicago.edu/Thayer/E/Roman/Texts/Cassius_Dio/67*.html).

I missed this important fact because I was relying on Suetonius biograpy of Domitian who never mentioned Earinus. Suetonius did claim that Titus was very fond of eunuchs and I assume their father Vespasian was 100% straight because no accusations are leveled against him. So out of this Trinity of Flavian Caesars two were bi-sexual.

I had to hunt down a dissertation “Domitian and the Court Poets” By John Garthwaite to get the low down on Roman poets Martial and Statius to see how they did their literary subtleties on the sly tip to equate Domitian and Earinus as passionate super lovers. Garthwaite states that because the poets feared retribution of the Emperor they designed their dissenting poetry in a double entendre where there is more than one interpretation. They also consciously designed their poems in an arrangement of mythological roman figures and thematic connections between one poem and another. Sort of like Typology of basing one character upon another. To protect their lives they had to exercise acuity, shrewdness and guile to get their digs and puns on the Emperor.

Earinus was equated with the gay Ganymede and notorious homosexual Lygdus. Earinus was Emperor Domitian favorite lover with his pederastic (one who practice annual sex with a young boy), desires with his secretary. I thought corporate America was the only ones that got it on with their secretaries but I guess it was happening male to male in ancient Roman times too.

Earinus was nicknamed “Lucky is the breastplate which has the good fortune to touch the Emperors sacred breast” Martial V,3. With the Gospels being also a Typology of the three Flavian Emperors I can see how and why the book of Revelations has Jesus (Domitian) with paps (breasts). This may be the original “Lucky Charm”.

Earinus was equated with Venus as Vernus. Statius clearly invites us to see Venus presentation of Earinus in terms of the Emperor’s bridal ceremony by equating it with the goddess earlier betrothal of Domitia to Domitian. Earinus is basically a feminized male Queen of Venus and Domitian is a Venus of the morning star tree branch as outlined in Revelations. The satire is a big punch on a Male Venus marrying a Male/Female Venus from a hypocritical Emperor trying to impose moral reform.

After all of this reading I started to revisit my assumptions that the Letter of Jude makes similar descriptions of the Morning star/Venus as to Pliny the Elder. Jude was talking about at least two people in conjunction with homosexuality.

With this build-up of documentation the case can be prosecuted on Domitian modus operandi in sodomizing Paul who dons the robe of Isis and wears the mask of Anubis (Dog/Jackal). Hey after all Paul does say that a dog mutilated his flesh “Watch out for thosedogs, those evildoers, those mutilators of the flesh” Philippian’s 3:2 and Paul admits to being castrated having the same marks as Christ in Galatians. “From now on, let no one cause me trouble, for I bear on my body themarks of Jesus” Galatians 6:15-17. This was talked about in conjunction to being neither circumcised or uncircumcised (Nothing is there).

Domitian is guilty he sodomized Earinus and St. Paul 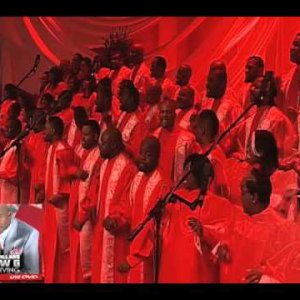