By Mario Garcia, Kristen Powers and Jessica Hopper
Rock Center
Wayne County, Mich., Prosecutor Kym Worthy has seen her share of grisly crime, but even she was shocked by a discovery in 2009 at a former police storage warehouse. There, stacks of dusty boxes were found on the shelves of the warehouse. The boxes contained thousands of untested rape kits, some decades old.
“What we were potentially looking at, at that time, was over 10,000 rape kits, representing over 10,000 cases where women had reported, whose lives and what had happened to them was sitting on a shelf and nobody cared. I was shocked, and I think I was kind of stunned -- and not too much stuns me,” Worthy told Kate Snow in an interview airing Friday at 10 p.m. ET/9 CT on NBC’s Rock Center with Brian Williams.

NBC News
Wayne County Prosecutor Kym Worthy
Worthy and her team would ultimately discover 11,303 untested kits. Rape kits are what hospitals use to collect DNA evidence from a victim in hopes that police can test it and identify a rapist. Victims have to undergo a thorough exam that can take hours. The DNA evidence is often the most important evidence used to convict in a rape case.


..
" ...ultimately, the man you sleep with is a direct reflection of your character. "

The DNA from those rape kits can help identify the rapists of these women AND exonerate some men who have been wrongly convicted for that rape.

The Detroit Crime Commission is supporting an initiative spearheaded by Wayne County Prosecutor Kym L. Worthy to test thousands of rape kits that were never submitted for testing. During a tour of a Detroit Police Department Property storage facility, the Wayne County Prosecutor's Office discovered more than 11,000 rape kits dating back nearly twenty-five years. Each of those kits represents a woman, man or child who suffered a violent assault and underwent a lengthy and physically invasive evidentiary collection procedure in an effort to apprehend his or her assailant.
Each rape kit has the potential to solve multiple crimes. Wayne County Prosecutor Kym Worthy is leading the effort to find the funding to get them processed. An estimated $15 million is needed to complete the project. On average, each kit costs $1,200 to $1,500. The challenge is finding the funds to finish testing all the kits in Detroit and she says, "It's a massive undertaking." If you would like to donate to this initiative, please visit the DCC DONATE page. After entering your donation amount and payment information, please click the "add special instructions" section and specify that the funds go to the "Wayne County Prosecutor's Office Rape Kit Initiative." 100% of your donations will be used for the program.

The DNA from those rape kits can help identify the rapists of these women AND exonerate some men who have been wrongly convicted for that rape.
Click to expand...


They have already found several perps


Yeah, I know! And some of them were already incarcerated for other crimes with the rape charge added on.

Now those women know who raped them and have the added peace of knowing those men are in prison.

But, I'm still looking forward to seeing some released who were wrongly convicted of a rape when the DNA shows another man did it.
Surely, these rape kits will work both ways: convict and exonerate. 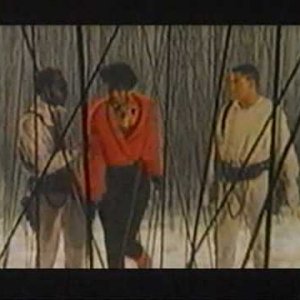