By PAM BELLUCK and STEVE KAGAN for The New York Times

CHICAGO, March 25 — The Rev. Jesse Jackson could not have picked a better place to make his point.

It was a high school basketball championship game at the United Center, the huge arena where the Chicago Bulls usually play, and it was packed to the rafters. When Mr. Jackson arrived unannounced to take a courtside seat, the crowd's reaction was explosive. There was thunderous applause, scattered standing ovations, teenagers squealing and whooping. Throughout the game, people embraced him, slapped his back or asked for autographs.

"Do you see people reacting to me adversely tonight?" Mr. Jackson asked. "Do you see how the people are responding?" Mr. Jackson's point was obvious: that despite his recent round of troubles — from the disclosure in January that he had fathered a child during an extramarital affair to questions about the way he raises money for his nonprofit groups — his popularity was as strong as ever.

But while Mr. Jackson's fans and allies here and elsewhere clearly remain committed, it is equally clear that he is enduring the rockiest episode of his four decades in public life. Longtime conservative opponents have been energized, filing complaints with the Internal Revenue Service and the Federal Election Commission over the financial practices of Mr. Jackson's organizations.

Ambitious members of the African-American clergy have begun suggesting publicly that Mr. Jackson's role as the nation's pre-eminent African-American figure is on the wane and that the time is right for a new generation of leadership. And a spate of newspaper articles and columns, concentrating mostly on the fact that Mr. Jackson's groups accept money from corporations he criticizes, have forced him to spend time defending his operation.

"He's going through, without a doubt, the deepest valley he has gone through," said Marshall Frady, the author of several biographies, including one of Mr. Jackson. "Among the conventional power estate, I assume a number who have kind of accommodated him, indulged him and abided him will see this as a marvelous opportunity to get him out of their hair," Mr. Frady said.

The disclosures come at a time of great paradox for Mr. Jackson, 59. In some ways he is now a more respected member of the establishment than ever before. When Bill Clinton was president, he was a special envoy to Africa and persuaded Mr. Clinton and others to sign on to his antipoverty campaign.

Mr. Jackson was also a high-profile counselor to Mr. Clinton when the president's affair with a White House intern became public and led to his impeachment. And for the last several years, Mr. Jackson has been holding conventions on Wall Street to persuade hundreds of business leaders to invest in minority businesses.

Yet at the same time, Mr. Jackson's political luster has dimmed considerably from 1984 and 1988, when he made bids for the presidency. At last summer's Democratic National Convention, he was sidelined during the prime-time events.

Among African-Americans, the attitudes toward Mr. Jackson seem just as contradictory, if not more so. Some civil rights leaders, like the Rev. Al Sharpton, suggest he has become too caught up in the political mainstream, while some Black ministers believe he is still too much of an outsider.

Even before Mr. Jackson's recent troubles, a group of 20 lesser-known African-American ministers - veering away from Mr. Jackson's drumbeat of criticism of President Bush - wrote to Mr. Bush to congratulate him on his victory. Last week the same group embraced Mr. Bush's proposal to give religious organizations more access to federal money.

Here in his home base, where his every step reverberates loudly, Mr. Jackson has come under intense scrutiny. Some columnists and political consultants, typically those who have not been Jackson loyalists, are accusing him of hypocrisy, particularly over the affair and his acceptance of money from corporations that he criticizes for not having more minority involvement. Others are more upset that he has left himself open to attack.

"What he did was put everything at risk by brazen, hypocritical and reckless behavior," said Delmarie Cobb, who was Mr. Jackson's national traveling press secretary in 1988 but has since had friction with his organizations. "Yes, they're out to get you," Ms. Cobb said of Mr. Jackson's critics. "What are you supposed to do — help them? Give your enemies ammunition?"

Further complicating matters for Mr. Jackson, other prominent African-Americans have begun to suggest that he is past his prime. In a recent interview with The New York Times Magazine, Mr. Sharpton compared him with an aging pugilist. "Muhammad Ali can't fight any more, but he's still a great champion," Mr. Sharpton said.

David Bositis, a specialist in black politics at the Joint Center for Political and Economic Studies, said: "You have white conservatives who would just as soon like Jesse to drop dead. You have black conservatives who would love Jesse to get out of the way. And for somebody like Al Sharpton, clearly if Jesse was out of the way it would give Sharpton more room to stretch his legs."

Mr. Jackson says there is more than enough room for other African-American leaders: "The fact that there is emerging more voices, that is a good thing. Who is the pre-eminent white leader? Is it Trent Lott? Is it George W. Bush? Dick Cheney?"

Mr. Jackson's troubles began in mid-January, when The National Enquirer reported that he had fathered a child with Karin L. Stanford, formerly the executive director of the Citizenship Education Fund, one of Mr. Jackson's four interconnected groups. When Ms. Stanford left the organization that year and moved to Los Angeles, Mr. Jackson's groups paid her $35,000 in relocation expenses and consulting fees.

After that, a conservative watchdog group, the National Legal and Policy Center, filed a complaint with the Internal Revenue Service claiming that the Citizenship Education Fund violates its tax-exempt status by threatening to oppose corporate mergers and then accepting contributions from those corporations. The American Conservative Union has filed a complaint with the Federal Election Commission contending that Mr. Jackson's Rainbow/PUSH Coalition had accepted money from the Democratic Party in violation of a nonprofit organization's obligation to be nonpartisan.

Mr. Jackson then released detailed information on his organizations' spending showing that the Citizenship Education Fund failed to list Ms. Stanford and other staff members on a tax form, an omission Mr. Jackson and his chief financial officer said was an oversight that they would correct by filing an amended return. He also says his organizations have begun a search for a chief operating officer to make them more professional and accountable.

Many of the questions concern what has become the major way Mr. Jackson's groups now raise money: grants by corporations whose merger plans Mr. Jackson initially objected to by criticizing the corporations' records on minority contracting or serving low-income consumers. Companies like SBC and Ameritech contributed hundreds of thousands of dollars to his groups after Mr. Jackson objected to their mergers.

Some of the companies ended up contracting with minority businesses run by Mr. Jackson's friends. Ameritech, for instance, sold some of its wireless communications business to Chester Davenport, a Jackson supporter. Mr. Davenport and other minority businesspeople who benefit from Mr. Jackson's efforts often contribute to his organizations, too, helping swell their coffers to about $17 million last year.

Mr. Jackson says his organizations were doing nothing improper or even unusual. He argues that he is helping corporations by showing them how to find minority business partners and penetrate minority markets. And he says that while he is friendly with many of the minority businessmen he introduces to the corporations, he offers companies several names and does not expect them to choose from his list.

"The same people that you challenge one day, once they come around and honor the law, then we build relationships with them," Mr. Jackson. "Of course that's what we do. It is legal, appropriate and effective." He added that "those who benefit, contribute" to the Rainbow/PUSH Coalition or his other groups. "Of course they do."

Critics have also questioned why two of Mr. Jackson's sons, Jonathan and Yusef, both on the board of the Citizenship Education Fund, received a lucrative beer distributorship from Anheuser-Busch although they had no experience in the beer industry. Mr. Jackson, who organized a boycott of Anheuser-Busch in the early 1980's to protest its minority hiring practices, said his sons were qualified to run such a business.

Mary Mitchell, a columnist for The Chicago Sun-Times, said, "The point is that a group of people surrounding Mr. Jackson has profited from his civil justice involvement, and I think that's disturbing." Ms. Mitchell has also drawn attention to Mr. Jackson's income: $120,000 from Rainbow/PUSH, $260,000 for his CNN talk show and about $50,000 for speaking engagements.

Such criticism, though, has produced a backlash of its own. Laura Washington, editor and publisher of The Chicago Reporter, a journal about race and poverty, said that many people were "angry and disappointed" with Mr. Jackson, but angrier at his Black critics, because "that kind of criticism hurts the movement." Indeed, African-American radio shows here have been deluged by callers lambasting Mr. Jackson's critics.

Mr. Bositis, of the Joint Center for Political and Economic Studies, said many Blacks saw the financial criticisms as harassment or a setup. And he said mainstream Black political leaders were "entirely behind" Mr. Jackson "because many of them have events, demonstrations, marches, and have relied upon Jesse to come and speak, to get people enthused."

Reactions to Mr. Jackson's current problems are so varied in part because he has long been seen as a man of contradictions. For example, his call-and-response cadences make him very effective at stirring people, but can also obscure his detailed knowledge of complex issues. And boundless energy sometimes propels him into causes that some consider tangential or trivial.

Mr. Jackson rebuffs suggestions that he might be weakened by the recent accusations. "In baseball, you cannot stay in the dugout just because you struck out," said Mr. Jackson, who is famously fond of sports metaphors. "In boxing you're measured by how well you can take a punch and not get punch-drunk." Some observers say Mr. Jackson will rebound, partly because he has not tried to shirk responsibility for his out-of-wedlock child.

Ms. Washington of The Chicago Reporter said Mr. Jackson might be able to capitalize on the fact that Republicans are running Washington. "I think there's a certain segment of the community that believes this is a conspiracy to hurt him, and piling on by the media works to his advantage also," she said.

Others think Mr. Jackson's sheer perseverance will keep him aloft. Before the basketball game two weeks ago, Jackson coached volunteers on a new campaign to get Chicago parents more involved in their children's education. "It's better to get ahead than to get even," he told the volunteers, as if reassuring them about his personal strategy. "Better to get there limping than to never make it out the door because you got even."
You must log in or register to reply here.
Share:
Facebook Twitter Reddit Pinterest Tumblr WhatsApp Email Link 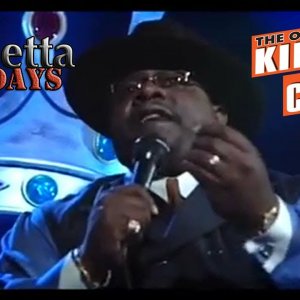