Lunar Cycle said:
Thanks for your thoughts CD, change in plans. No more relief flights except active military support to Puerto Rico until Hurricane Maria passes and I passed on the deployment to Mexico for the Earthquake due to the murderous Cartels destabilizing the country. Death takes no holiday. Again thanks CD and I'll keep in touch.
Click to expand...

You are the 2nd person I've heard say this in regards to the drug Cartels!
***The Star of Bethlehem***

Lunar Cycle said:
I'm on my way to be redeployed so wish me GOD speed Destians. Mr. C. HAARP/Alaska has been ramped up in overpower mode for quite some time now and it seems that since the proverbial cat is totally out of the bag of military tricks about the uncanny timing of HAARP activations causing weather related global catastrophic events HAARP is being reprogrammed to create a rather harmless Disneyesque style spectacular light show (To appease the locals and dispel the global scientific community petitioning the UN Security Council and other global Warming antagonist) run by none other then the ex DARPA poster boy Christopher Fallen who's nickname is "French Fry Fallen" who was slightly toasted by co-workers when he was working in a huge SDI "Star Wars" Gunnplexer Horn when an unknown party activated it. Google videos or photos of him and tell me what you see. He's red as a Maine lobster and his neck bones are fused, poor man cant even move his head. A victim of his own tangled web of military deceit. Google the HAARP Aurora Light Show story and make of it what you will. Every first world nuclear capable nation has their own version of a HAARP System in place, it has been long proven that HAARP serves no valuable purpose to advance humanity in any positive sense. It is a totally non nuclear directed energy first strike weapon of mass destruction (WMD)
Click to expand...

I do not understand anything about HAARP, and I guess it is because it's a secret operation?

However, it would not surprise me about mankind's intervention in bringing harm to this earth. If it could be done, mankind would certainly try to re-route the GAE and re-route our solar system!

I hope all goes well for you all in Puerto Rico!

...
A Lot Of Americans Don't Know That Puerto Ricans Are Americans, Too 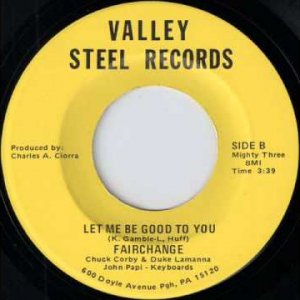