We say we love our homeland. Many of us want to return there to live some day. Most of us are proud to call ourselves African. We idealize and romanticize the day that we finally can feel completely free.

Sometimes we talk about Africa as though it doesn't have a heartbeat, but it does. But the heart of Africa--it's people--is not as healthy as it used to be. The heart of Africa is under attack and she needs us to help save her.

The following link is pretty graphic so I must warn you before you look. It's frighteningly sad. SARS is the current virus that is in the headlines these days. But just look at what's attacking our homeland and has her suffering.

Its very troubling to consider the impact that the u.s. created HIV is having on Africa. even the political and corporate moves that have been taken to discount and prohibit indigneous drugs that are found helpful in pushing it into recession. it lives you with a heavy heart because what we love most - that there is still parts that are unscatched by european tech in totality - is also the worst for this situation in that that modern PR machine needs to churn to get the health education out there.

what do you suggest as a response by conscious members of the diaspora?
P

HIV/AIDS is indeed a serious obstacle in Africa's fight for prosperity. Ironically Aids is not a major problem in all of Africa. The hardest hit region is sub-Saharan Africa (Southern & Central Africa). West Africa and Northern African are not experiencing Aids in such epic porportions as their southern neighbors (Senegal has a HIV percentage of only 2% for example). I remember reading a study that suggested that circumcision might play a factor in this. Many Southern & Central African ethnic groups do not believe in male circumcision (which helps in the spread of disease). In Western and Northern Africa however, male circumcision is commonly practiced. I don't know if this is true, but I find it somewhat logical. I don't believe that the sexual habits of southern Africans are that much different than western Africans, so the circumcision theory might provide an explanation for the difference in HIV cases.

I believe that education is definately the key in stopping the spread of AIDS in Africa. Education, which results in a change of habits. Africans generally don't like condom use (they seem to share that habit with African Americans); however, when you are dealing with HIV numbers so staggering condom use is a must. Uganda has been a leader in this regard, their safe sex (condom use) campaign drastically reduced the AIDS percentage in that country. If circumcision truly plays a factor in HIV infection then that is another change that Southern & Central Africans should consider.

Africa has survived countless obstacles in the past. Hopefully, wishfully, perhaps naively, I believe that Africa will also overcome the threat of AIDS. However AIDS is not a threat that Africa can ignore and hope it goes away. Africa must be aggressive in the pursuit of a cure and the prevention of its spread.

We have to stop being ignorant and behaving in ways that threaten our very lives. We have to take a view that this and other harmful behavior such as selling/taking drugs is serious not only to us but also as a people. "It takes a village . . ." should be more than a catchy phrase or nice sounding cliche'. We must purge ourselves and our communities of this pestilence before it's too late.

Our legacy to human-kind should not be remembered as the greatest people to ever live and become extinct. We must evolve to a higher level of thinking if we are to survive and it starts with a simple decision...stop the suicidal behavior.

Since we know how HIV/AIDS is transmitted, wearing condoms should be a non-issue. A condom should not take precedence over our love and compassion for each other and our need to survive. Unless for religious reasons, all non-circumcised men should get circumcised. Education should be provided so that people understand that it's not a disease solely contracted through male/female genital penetration. Hygiene should also be stressed and of course teaching about abstinence is always an option.
M

Not making a case for irresponsibility but Monster, is it really as easy as just putting on a condom? So we start practicing safer sex and live only until the government comes up with a new biological/chemical/viral weapon to use on us to kill us off by the millions.
The colonial settlers decimated indigenous people with smallpox and sphyllis, now they are genocidally exterminating Africans with AIDS. This is not just about sex or self-destructive behavior this is about extinction.
We are currently experiencing an enemy of Holocaust proportions and notice all the bureaucrats and bleeding hearts cry "cure". Why isn't anyone screaming "cause"? You must examine the root of a problem before you seek a solution. 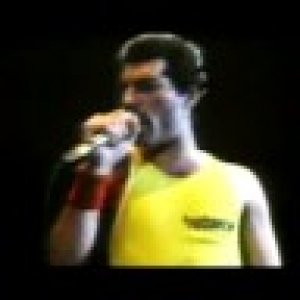