CHICAGO (FinalCall.com) - The U.S. War on Drugs and multi-national corporate interests are creating life-threatening situations for descendants of slaves in Colombia as they fight to keep ownership and control of their land, an Afro Colombian activist told a crowd here recently during a U.S. tour to bring attention to the situation.

Speaking through various translators, Mr. Rosero said paramilitaries have identified Afro Colombian activists as “defenders of the guerillas” and thus bona fide military targets. The crimes of the activists, paramilitaries say, are their refusal to allow multi-national corporations to develop the land and the Afro Colombians' alleged collaboration with guerillas who need them to grow coca.


“There is a complex tie between the anti-drug and anti-guerilla wars,” Mr. Rosero said. “The most threatened are the leaders of the Black movements. They are people who are very firm in their conviction that they will not leave the land.”

The activist said Afro Colombians won title to vast stretches of land as a form of reparations for slavery in Colombia that ended in 1851. The vast mineral wealth under the land has moved President Alvaro Uribe to violate those rights, Mr. Rosero said.

The U.S.-driven appetite for cocaine has made growing coca more profitable than other crops. Farmers are invading the lands of Afro Colombians to grow coca, and Afro Colombians themselves are forced to grow the coca for illicit use, he said.

“It's a situation where you either grow, sell or die,” Mr. Rosero said.

U.S. policies call for mass fumigation of coca, which is used by indigenous and Afro Colombian populations for spiritual ceremonies. The fumigation also destroys crops used for food, poisons water supplies and causes health problems such as blindness and cancer.

The fumigation and military approaches to coca eradication were part of Plan Colombia, a multi-billion dollar anti-drug plan by then President Andres Pastrana and signed on to by the Clinton administration in 2000. Today, there are more acres under coca cultivation than when Plan Colombia was introduced, Mr. Rosero said.

“We recognize that coca is not bad in itself. It is sacred and very, very strong,” Mr. Rosero said. “The bad thing is cocaine. That's different from coca and we should not confuse the two. The use of coca for illicit ends was brought into our community.”

The U.S. also has an agreement with the Colombian government to use islands in the Pacific for military bases. One Navy base is on an island in Afro Colombian territory and interferes with the community's fishing rights, Mr. Rosero said.

“Now whole communities can't fish and have to eat canned sardines as if they lived in Chicago,” he said.

Virginia Staab, a State Department spokesperson on Western Hemisphere Affairs, told The Final Call no one was available to respond to questions. But Sanho Tree, a Fellow at the Institute for Policy Studies in Washington, said U.S. policy toward Colombia is a disaster.

One problem, he said, is the policy approach to Colombia left by the Bush administration and the thousands of lower level bureaucrats who still follow it. Another problem is the presence of U.S. military bases is creating a regional arms race.

“Our coca policy is folly,” Mr. Tree said. “People grow it because it's the only crop where there are willing buyers. These issues have more to do with poverty, despair and alienation. If you address these issues you solve many of the (coca production) problems.”

Mr. Tree added that the free trade agreement being discussed in Congress abuses worker rights, rewards the large landholders, many of whom got their land illegally, and will fuel money laundering. Thirty-nine trade unionists were killed in Colombia in 2007, the most of any country, according to a survey by the International Trade Union Confederation in Brussels.

Mr. Rosero said the coup in neighboring Honduras also has raised concerns, as well as the heightened rhetoric between the U.S., Colombia and Venezuela.

“The whole theme of Venezuela is a polemical theme all over Latin America,” he said. “We believe that (President Hugo) Chavez has made significant gains with regard to improving the condition of poor people in Venezuela and Latin America in general.” 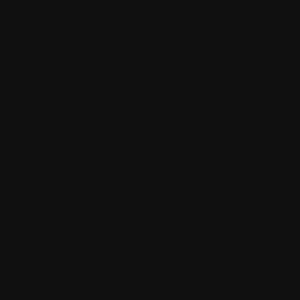