Amun-Ra : Dangerous Psychology When We Cheat!

Men and women play a dangerous game when they decide to cheat. To many it is morally wrong, sexually dangerous and rarely brings about anything good. History is filled with the stories of love affairs gone wrong destroying individuals and families. On a larger scale, nations have been lost for the sake of romantic escapades.

Affairs are usually marked by selfishness and secrecy. These are two of the same things that also destroy relationships and social standing. In the darkness of secrecy, affairs tend to be exciting and filled with all the things that are missing from the mundane world. Moreover, the very idea of an affair provides that extra boost of adrenaline by being socially unacceptable making cheating a great game for risk takers.

Selfishness is readily apparent simply because the risk takers actually give serious thought to the consequences and decide to do it anyway. Then there is the real danger of sexually transmitted diseases such as Herpes, syphilis and AIDs of which the latter can be fatal. It is not a pleasant gift.

The moral issue is one that may or may not have an affect on either party depending upon each persons values, upbringing and formative training and even then none of these things are a sure way to keep it from happening. Often the risk factor cancels out common sense. This type of risk taker has already decided to take the risk for something they perceive as better or to fulfill a personal desire. If there are strong moral foundations in place, then either one or both are setting themselves up for a life time of soul torturing guilt until the truth is finally known in some form.

Though the secret may be kept, it is not a secret that fades away quietly and it will not fade until the issue has been dealt with in some fashion. At this point, the real risks that were once hidden or at least forgotten become readily apparent. This is the point where perform their bodily function or get off the pot. It usually comes in the form of some type of confession or disclosure either to the aggrieved party or to a close confidant or even clergy.

Sometimes the choice to decide that confession is good for the soul is forced by an outside party who is concerned for one of the individuals, or someone who likes to stir up trouble or believes that it should be brought to the light no matter who gets hurt.

Many times it is one of the individuals who is involved in the affair or has something to gain who brings the issue to the fore. Often this revelation may be the beginning of a new life or the destruction of an old one. From that moment forward things will never be the same even if true forgiveness is offered and accepted, of if the risk taking pair decide to stay together it is also a new beginning only now the risk is gone and reality moves into its place.

The history of love affairs that end on a good note are rare. Someone always ends up getting hurt in the end. In most cases, the cheaters lose first. There are not many cases where the lovers opt to be with each other. Usually one or the other backs out and returns to their spouse.

The prevailing thought for those who back out is a trust issue. They do not believe they can trust the other individual now that they have been forced to make a decision. At that point, the interloper loses out but that does not mean that it becomes any better for the party that backs out. They are not easily accepted back into loving and trusting arms. Once the decision to back out is made the thought of whether it was the right decision will always haunt the memory until time either erases it or forces a different decision regarding the same party.

The history of people who actually leave is not strong unless the decision to stay is worse than the decision to leave. In cases such as this, there is some history of these romances surviving although there is often guilt associated with cheating on even an unfit and undeserving spouse. Often this behavior is a form of self-preservation although society would hardly deem it so, but that is not the issue.

The issue is selfish conduct. It makes no difference of the circumstances; either party sees something they want and goes after it. There are different rationalizations but the most popular and misguided one is “this will only be a casual” romance. That may be the thought but the reality is much different. In reality, the most dangerous element of having an affair is the minds natural proclivity for making comparisons. In nature, the mind is constantly called upon to judge differences in color and size whenever we get dressed. When we drive our mind rapidly calculates the differences in speeds of approaching vehicles so we are not hit pulling into traffic. It tells us the difference between wine and vinegar, sugar and salt and people.

This is the worst by-product of an affair because the mind does not take into account all the variables; it only takes in the ones necessary to make a comparison at a particular point in time. Whether or not that comparison is fair or even true is of little matter.

Our minds tell us immediately the difference between two elements and it does the same with relationships. However, the reality reservoirs of the mind are left to the side when these types of comparisons are being made. Instead, the mind compares individuals out of context and often misleads our thoughts to a wrong conclusion. A man who has slept with more than one woman is bound to make comparisons but the comparisons cannot be fair. The very fact that they are no longer in the relationship forfeits any accurate comparison. The same is true for women.

People do some things well. Others often do it better. Some people even become experts at one thing or another. Yet, is it fair to dismiss someone because 10 percent of the things they do we consider to be wrong? Alternatively, is it more important to take into consideration the 90 percent of things they do right? More than likely, this perceived bad part is seen more acutely while the better self goes unnoticed and this type of thinking leads to making relationship bad decisions. Men do it. Women do it.

More than once comparative thoughts will slip into the consciousness. We convince ourselves that things are better with another person when in reality we have no basis for making that comparison in any accurate fashion. Of all the harm that comes from illicit affairs perhaps, constant comparison is the one thing that causes more problems and can eventually lead to more affairs as superficial dissatisfaction closes eyes to the reality of a solid relationship. A comparison in relationships is fool’s gold. It has little value and the effort to gather it far exceeds its worth.

MAN U GET MAD TURN YA HEAD AND BECOME SAD
CHEATING IS COMMON YET DANGER LAY WITHIN
SO MANY GO OUT THIS WAY TRYING TO PLAY AND LOSE
THE LOVE THE HEART THE TRUST AND EVEN SOME TIME
LIFE.........MAN ITS KNOWN TO BE A MYTH OF LOVE BUG
BUT TRUELY IT'S A SELF DESTRUCTION GAME THAT LEAVES
NO WINNERS JUST PAIN ....SO WHY DO WE DO THIS!??

IS IT A ACT OF SEXUALITY
OR JUST OUT OF LUST ??
Poetic flow, Poetry of a poet! Be a Premium member today and enjoy all the fruits .
A

Perhaps it is both!

Sexuality and love have a common thread. Nevertheless, it is wise to distinguish between the two because when minds are changed at the last minute with no thought of consequences we are setting ourselves up for failure in a large way--cheating never ends right, it just ends and we have to deal with the aftermath--Ra

This is a tough one

No one likes to admit it, but our own promiscuity can often have unintended effects such as the comparisons that I sopke of and knowing this it is easy to see how one would never be satisfied because we are always comparing what is now with what once was and in those cases rality always loses out to wishful thinking--Ra
You must log in or register to reply here.
Share:
Facebook Twitter Reddit Pinterest Tumblr WhatsApp Email Link 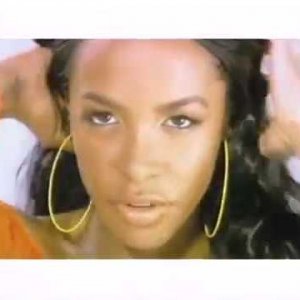