The cycle of actions and fruits is very deep subject (Gahanaa). The reason is that the basic concept of this subject itself is misunderstood. The misunderstood basic concept is that the list of the punishments of a soul is in the hands of God and the punishments are given to the soul according to the order of time-sequence in which the actions were performed by the soul. This means that if you have stolen the money of some good person today and suppose you have tortured some good person yesterday, the punishment for the action of yesterday will be given first and then only the punishment of today’s action follows. This appears to be that the punishments for the sins are given based on anger and vengeance towards the sins. The reformation of the soul through the punishments is not at all in the mind of God in this misunderstood fashion of the punishments. Only time sequence and the anger and vengeance towards the sin as tit for tat appear in this method. This is not at all correct. The reason is that the judge and the jailer are not related to the sinner in any way and hence the punishments are given and implemented respectively without any element of love and kindness towards the sinner. God is not only judge and jailer, but also, the Divine Father of all the souls and hence the Divine Father of the sinners also.

The list of the rewards for good deeds and punishments for sins is prepared by the administration staff for which the deity of the justice is the head of the department. Whenever the soul is departed from this gross body, embedded in energetic body, called as Preta sharira, it reaches the first sub-world called as preta loka in which the list is modified by deletions of fruits enjoyed in his world and additions of fruits of actions done in this world. This takes place in a time span of ten days. From here, the soul is directed to go in one of the three ways: 1) Swarga loka to enjoy the fruits of good deeds, 2) Pitru loka to enjoy the fruits of normal actions like performing the ordained duties and 3) Naraka loka to enjoy the punishments of sins. The process of going to preta loka, naraka loka, pitru loka and swarga loka constitute the path of dakshinayana or Krishna gati as said in the Gita. This world in which we live is called as martya loka or karma loka. Martya loka, preta loka, naraka loka and pitru loka are the four sub-divisions of bhu loka. Above the bhu loka lies bhuvar loka or jyothir loka and above this lies suvar loka or swarga loka. These three worlds constitute the area of Krishna gati. The second path of the departed soul, which is constantly involved in the divine service of God to propagate the spiritual knowledge, is uttarayana or shukla gati through which the soul reaches the mediated God or Divine Father.

When the soul goes to the upper worlds for enjoyment of the fruits, the time sequence of the actions was strictly followed by the administration staff of these worlds. The main aim of these upper worlds is only to reduce the intensities of the interest of the soul in the deeds. By the reduction of such intensity, the selfishness becomes weak. Remember that even good deeds are performed with the motto of selfish aspiration only. This is the reason why the soul returning from the upper worlds, after taking birth in this world is not so selfish for some time and thus, the praise that children are God came up. In course of time, the selfishness in the soul grows by the pollution of this world.

Soul in This World Under Constant Supervision of God

The soul is subjected to the enjoyment of fruits in this world also. The selection of the fruits for enjoyment does not follow the time sequence in this world. The reason is that God is directly involved in giving the fruits to the soul in this world. God can pick up any fruit at any time and need not follow the time sequence. The soul in this world is under the constant supervision of the God. The theme of God here is to bring the reformation in the soul. The reformation is related to the qualities of the mind and hence it is a psychological treatment. In such treatment, good food and good tonics are given for the resistance of the body, which are the fruits of good deeds. If necessary, as per the requirement of the illness, electric shocks are also given, which are the fruits of sins. The selection of fruits depends on the progress of the patient (soul) and the requirement of the treatment immediately to be given. Till the last minute of death, God will constantly treat the soul. Death is the relieving of the patient from this world-hospital to the upper worlds-specialised clinics for the reduction of the intensities of all diseases so that the patient can come back to this general hospital for further treatment. The upper worlds act like I.C.U chambers in which severe operations are performed. This whole process is called as karma chakra or the cycle of deeds and fruits.

The treatment by God involves lot of thinking and concentration regarding the planning of steps and hence this divine treatment is said to be very deep and complex in the Gita. The Gita refers to this divine treatment in this world and not to the mechanical treatment given in the upper world following just the time sequence of the actions. Thus, the karma chakra is explained in elaborate way as desired by you. 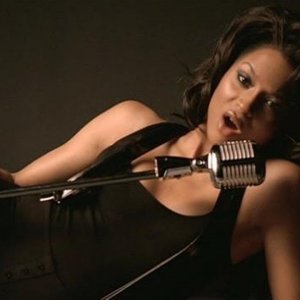