The Racist Now Ask Of You Which Was It, Were You Created Or Birth Into Having The Experience Of Living In The Physical???

Beloved Black Afrikans, what I share with you I do not lay awake at night wondering what your attitude is going to be about what I share with you, if that was the case I would have nothing different to share with you that reveals the power of independent thought from all that which you without question and with belief accept all that white racist tell you about concerning God and Creation, and your place in such profane imagination, absent of Divine awareness of What God Is, and to Know what God Is, Is Beyond Believing, Beloved.

Creation Like Jesus and Equality of things, does not exist.

What you are witnessing taking place in America today is the reprogramming of your Mind performance by those with their own agenda to change the Narrative about everything you are looking at and calling it a True to Reality, when it is Not.

To be created is to imply there comes into being from Nothing to become something, when in fact there is no such a presence as Nothing, the Divine Presence of the Infinite Universe which is the Perfect Night in perpetuity, no beginning. no ending, and just as the Universal Darkness, Energy Intelligence it is, and has always been by the help and/or cause by nobody or physical thing doing, so, it is with the myriads forms of physical and appear not to be physical things presence with form and Intelligence because of the presence and Divine Reality of there being a Greater Good-God without the need of an imagination which require a Mind, when in fact, God the Divine Essence of all things, is all Mind, and Mind is the Infinite Dark Energy Intelligent Universe.

The best way to stay above the present Fray being orchestrated by those phony *** Liberal racist Democrats, meaning do not get mentally sucked in to responding to all of the mental test to be performed in a form of question to the world and sometime specifically to you about the Shade Black, Dark, Perfect Night, the three being the same, meaning One.

You Can't Convince A Fool into knowing the Divine Truth And Reality about anything physical and appears not to be physical, they are to preoccupied in believing everything that white racist is programming the Black Afrikan mind to believe in, to be true and real, without the use of Divine Thought.

There is no thing that was created, revealed to be, yes, with the energy intelligence having that which is revealed to be and having you with the ability to reproduce in kind a similar kind, and because of the Universal Law of Opposites and it is the Law of opposites that have you giving birth to that which is the both of you, it is birth that verify the power of opposites, yet reveal the Divinity of Oneness, for there is only one Infinite Universe, it being Dark Energy Intelligence, Eternal, Everlasting Infinite presence performance.

The Greatest Gift Life gives to the body performance is the ability to use Common **** Sense, It Induce The Power Of Divine Reasoning, beloved!!!

When The Black Afrikan Mind Return To Thinking instead of Believing, then will you see the Rise of a Unified Black Afrikan Nation again and from such a Divine Union Afrika will belong again to the Black Afrikans and then we will cause Afrika to become the Most Divine Thinking Nation on Earth, all because of the Mass Exodus that would have taken place by the awakened Black Afrikans which will cause our return back home to Afrika with our Enslaved Ancestors Reparation/Repatriation in our possession where it should be and not in the possession of the criminal Americans who instituted the event Chattel Slavery Enslavement of our Afrikan Ancestors who did earned the Reparation/Repatriation Americans are arrogantly and racily withholding without Just cause right now as you salute the flag that welcomed the Enslavement like Chattel, Our Afrikan Ancestors.

Inline imageHELP. I AM OF THE MIND WE WERE BOTH, CREATED FIRST AND BIRTHED LATER. THE GLASS IS BOTH, HALF FULL AND HALF EMPTY.


HAVE YOU NOTICED THE EGG THAT HAD THE YOKE IN IT, NOW THEY SELL A LOT OF JUST EGG WHITE WITHOUT THE YOKE. THERE ARE STILL EGGS WITH THE YOKE, BUT WHY SELL JUST SELL EGG WHITE ONLY. 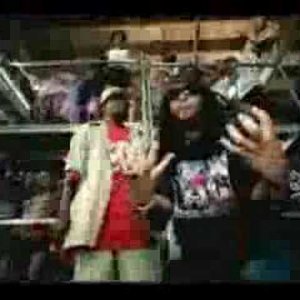