Health and Wellness : COVID Chronicles - The Truth Shall Set You Free

I’ve said it plenty of times before online, the powers that be monitor me and people like me, see where we’re headed with our information, then try to counter it. Most of the time they come out with the counter/block before we fire. This has been going on for YEARS.
*
On April 10th I put out a project exposing the COVID vaccines and DNA, and CRISR, even showing how they use the same “technology.”
*


*
Now they come out basically saying, “That’s the old CRISPR. We have a new one….”
*
But it could be a coincidence that they just now decided to publish the paper online (on the 9th) right when I was about to be done with my project. And if so, maybe they’re telling people what they just did through the vaccines.
*
And these simps in this video try to downplay it.
*
CRISPR-on, CRISPR-off Next Level Gene Editing...
*
“… the means of delivering this into an adult human have yet to be fully fleshed out...” Lol. Yeah right!
*
“They compared the deliverability potential of CRISPRoff into a human being to the newly-developed RNA technology which forms the basis of both the Moderna and BioNTech coronavirus vaccines….” Just like what I showed with “the old CRISPR”.
*
“… but their gene-editing technique will have to undergo far more rigorous testing before it can even begin clinical trials in human hosts.” Or is it being tested right now? Or has it already been tested and they’re actually putting it to use?
*
*
Here’s the article:
*
CRISPR-on, CRISPR-off: New game-changing gene editing technique is entirely reversible
https://www.rt.com/news/520687-new-crisproff-method-reversible/
*
*
*Here’s the paper this news is based on:
*
Genome-wide programmable transcriptional memory by CRISPR-based epigenome editing
https://www.cell.com/cell/fulltext/...m/retrieve/pii/S0092867421003536?showall=true
*
*
Here’s some additional info:
*
An on-off switch for gene editing
https://wi.mit.edu/news/switch-gene-editing
*
Adding a 'switch' to Cas9 to make CRISPR gene editing safer
https://www.fiercebiotech.com/research/adding-a-switch-to-cas9-to-make-crispr-gene-editing-safer
*
New CRISPR Technology Offers Unrivaled Control of Epigenetic Inheritance
https://www.ucsf.edu/news/2021/04/4...fers-unrivaled-control-epigenetic-inheritance
*
“In a paper published April 9, 2021, in the journal Cell, researchers at UC San Francisco and the Whitehead Institute describe a novel CRISPR-based tool called ‘CRISPRoff,’ which allows scientists to switch off almost any gene in human cells without making a single edit to the genetic code. The researchers also show that once a gene is switched off, it remains inert in the cell’s descendants for hundreds of generations, unless it is switched back on with a complementary tool called CRISPRon, also described in the paper.”
*
Yeah, you can’t gain power through that.
*
And now all of a sudden “the old CRISPR” which uses Cas9 is dangerous; after they spent years trying to downplay how dangerous it was.
*
*
And right before this, as they watched me work on that project which fully exposed the Johnson and Johnson/Janssen COVID vaccine, I put out a video with info partially exposing the Johnson and Johnson/Janssen COVID vaccine in late March.
*
Then all of a sudden they put a pause on that particular vaccine and gave an obvious lie of a reason saying that it was suspected to be the cause of a couple of cases of blood clots, and since they care so much they’re going to pause it. That’s how they framed it. No mention of all the other severe reactions and deaths coming from all the vaccines, something they already knew about … something the news isn’t talking about so most people don’t know about.
*
*


Don’t believe it.
*
The Indian people were not getting the vaccine and their leaders were not strongly pushing it or enforcing social distancing. Now extreme pressure is being placed on their leaders to conform to what other nations are doing. And at the same time this is being used to put fear in the hearts of people around the world. And if you watch other videos on this you’ll hear it in the scripts of the news media.
*
When they first started with the COVID scam they showed images of people laid out in China, claiming they were people who died from COVID. That was a lie.
*
They claimed that people were coughing up blood, and showed a video of it. That was a lie.
*
I can show you videos and articles from 2018 and 2019 showing people lined up in hospital hallways with masks on due to the flu. The same with being on ventilators. The same with tents outside and makeshift morgues. And all to sell the flu shot. And they said 2020 was going to be a bad flu season. 2020 came around and then all of sudden everyone in the hospital with a mask on, or on a ventilator, was a COVID patient. Then later in 2020, as “things got worse,” they whipped together interviews, images and video and said that hospitals were warzones. People across the nation, and even the world, went to these hospitals and filmed them. It turned out it was a lie. In fact, they were getting so little patients that staff was being laid off, and nurses and doctors had time to learn dances and record it.
*
They said there were so many COVID patients in New York that they had to start putting them in a mass grave on Hart Island. That was a lie. And that’s what this India thing reminds me of.
*
For the Ebola hoax they not only paid people to act, having them fall out in front of the hospital (which turned out to not be the hospital), they put something in their water supply that gave them symptoms like Ebola. The villagers caught them in the act and almost killed them. And the acting on this hoax was horrible to the point of being funny. It got fully exposed on Youtube back when all the hoaxes were being exposed (before Youtube banned such videos). And remember, this was in Africa. That’s what this India thing reminds me of.
*
This also reminds me of war-time propaganda, where they film 15 people, people who have been paid off, in a small area and talk like it’s the entire country.
*
You’ve been in a deadly pandemic for a year now (or so they say). When have you seen people suffering in public? When have you seen people coughing and gasping for air and being put on a stretcher to be taken to the hospital? When have you seen people dying right in front of you? You do know that this is what you’re supposed to be experiencing, right? And yet….
*
And either people are falling for it, or Youtube has taken full control of the Thumbs Up and Thumbs Down.
*
*
"For more than a century ideological extremists at either end of the political spectrum have seized upon well-publicized incidents such as my encounter with Castro to attack the Rockefeller family for the inordinate influence they claim we wield over American political and economic institutions. Some even believe we are part of a secret cabal working against the best interests of the United States, characterizing my family and me as ‘internationalists’ and of conspiring with others around the world to build a more integrated global political and economic structure – one world, if you will. If that’s the charge, I stand guilty, and I am proud of it." — David Rockefeller – Memoirs
*
*
India's Covid crisis keeps getting worse
*

And they didn’t just censor my posts, they threatened me.
Here’s my response:


You go film something that’s already been going on, tell the villagers you’re filming for whatever reason, pay a few of people to say some lines on camera just like in the US, and put it all together and say what the images and videos are. Oh yeah, and say that that one small area is the entire country – “Here in India…”
*
Why do people have on masks? Because they already had on masks, or you told them to put on masks.
*
Why are people crying? Because you paid them to, or maybe because it’s a funeral, and you’re filming what’s normal.
*
It’s the Hart Island lie all over again. And in case you don’t know what I mean, watch this short segment (from very early in this plandemic):
*
Watch 33:49 - 39:47
*
Lies, Damned Lies and Coronavirus Statistics
*
And you should probably keep watching.
*
*
Now check the dates on these (you don’t have read them):
*
Crematory/Crematorium
https://www.outlookindia.com/photos/topic/CrematoryCrematorium/104516?photo-266127
*
Archived here:
http://archive.today/7f8u4
*
*
95% of cremations in Delhi still in open air, using wood
http://timesofindia.indiatimes.com/...ofinterest&utm_medium=text&utm_campaign=cppst
*
Eco-cremation in India: A climate-friendly death | Earthrise
*
Where funeral fires forever burn: Incredible photos show the 'Manikarnika Ghats' holy festival on the Ganges where Hindus make their final journey find 'moksha' and reach nirvana
https://www.dailymail.co.uk/news/ar...-make-final-journey-moksha-reach-nirvana.html
*

Exactly! All of a sudden you don't have an immune system. All that you've been taught your whole life is a lie. The story about Europeans, their herd immunity, smallpox, and Natives was a lie. No, like the W.H.O. said, the only way to have immunity is through a vaccine, so get the vaccine. And people believe this!!!!
*
And speaking of the immune system, there are people who say they already caught the virus, but then went out and got the vaccine afterwards. The manufacturers claim that at best the vaccines will lessen the symptoms (the flu-like symptoms) if you were to catch the virus (if you were to even catch it). Okay, so just what does your immune system do after you catch a virus? What happens the next time you are introduced to that same virus?
*
And the vaccines work by stimulating your broken or nonexistent immune system??? Huh? So, your immune system doesn't work when introduced to the actual entire virus, but it works when introduced to a genetic copy of one small part of the virus?
*
And you wonder why the real powers that be call people cattle, and don’t respect them as human beings. And if you could get over on people like this again and again it would be impossible to respect them as human beings. 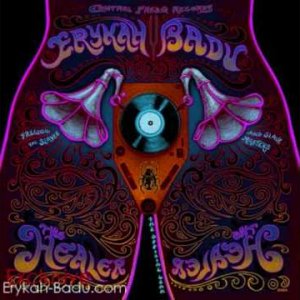