Several countries have felt the adverse effects of coronavirus pandemic with critical sectors worldwide affected by the impact.

But for Facebook CEO, Mark Zuckerberg, the reverse appears to be the case as the pandemic period has opened a new opportunity for a rise in his income.

Zuckerberg added more than $30bn to his wealth in two months earning him the title of the third richest in the world. According to the Bloomberg Billionaires Index ranking updated on May 21, Zuckerberg is now worth an estimated $87.8bn, placing him above billionaires such as Berkshire Hathaway, CEO Warren Buffet and fashion mogul, Bernard Arnault.

Most corporations experienced a dip in their income due to the drop in economic activities which has seen nearly 40 million US workers laid off. Facebook beat Wall Street expectations in revenue and daily active users, generating $17.74bn and attracting 1.73bn users in the first three months of 2020. The company also reported it had reached three billion monthly users across its family of apps which include Instagram, WhatsApp, and Messenger. Facebook stock has jumped as much as eight, netting the company $44bn in market value.

In mid-March, Zuckerberg was worth $57.5bn and placed fifth on the list of the world’s richest but the lockdown increased his financial worth.

Zuckerbeg also recently stated that Facebbok would be giving out $10m to groups fighting racial injustice in the wake of George Floyds death.

Mark Zuckerberg was born on May 14, 1984 to a psychiatric and dentist parents, Karen and Edwards Zuckerberg. When thinking about Zuckerberg’s childhood, one would find it hard to imagine a little kid living a normal life with his three sisters in a small county in New York.

Zuckerberg was raised in a Reform Jewish household, and his forebears hailed from Germany, Austria, and Poland. Zuckerberg has always shown signs of extraordinary brilliance even from his high school days. He attended a public high school before transferring to a private school where he won prizes in mathematics, astronomy, physics, and classical studies. Contrary to notions that he probably didn’t have a social life, Zuckerberg was the captain of the school’s fencing team.

Zuckerberg attended the Johns Hopkins Center for Talented Youth summer camp, an education program for academically advanced children within the school age. Basically the program isn’t for the average kid, but kids who demonstrate an intelligence that’s unparalleled by their age mates. On his college application, Zuckerberg stated that he could read and write French, Hebrew, Latin, and ancient Greek.

Black People Politics : Covid vaccine: The side effects from shots won't be 'walk in the park' / and Other News

Black People Politics : Can your employer make you get a Covid vaccine? Here’s what experts say
2

Black People Politics : The 30 people who have tested positive in the Trump Covid outbreak
2 3 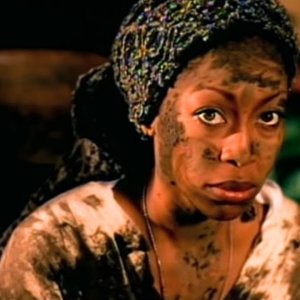