Cote d'Ivoire : Cote D'Ivoire's Gbagbo's right;UN should leave/ but the AU should throw him out!

Africa
Ivory Coast's Gbagbo tells U.N. to leave
Pressure grows on incumbent to give up claim to power in West African nation
The Associated Press
ABIDJAN - The man who refuses to step down from the presidency in Ivory Coast ordered all U.N. peacekeepers to leave the country immediately on Saturday, calling the global body that has endorsed his political rival an "agent of destabilization."

The move was the latest act of political defiance by Laurent Gbagbo, who has been in power since 2000 and maintains he is the rightful winner of last month's runoff vote. The statement read on state television came just hours after masked gunmen opened fire on the U.N. base; no one from the U.N. was harmed in the attack.

Gbagbo's spokeswoman said Saturday that the U.N. mission in Ivory Coast, known as UNOCI, has not remained neutral in the election dispute. The United Nations certified results showing that opposition leader Alassane Ouattara had won by "an irrefutable margin."

"The state of Ivory Coast considers that the UNOCI has shown itself to be guilty of serious misconduct, which indubitably prove that it is an agent of destabilization and contributes to the further division of the Ivorian people," she said.

The United Nations did not immediately respond to Gbagbo's request. About 800 peacekeepers have been protecting the compound from which Ouattara is trying to govern the country.

While the United States, France and the African Union have endorsed Ouattara as the rightful winner of the election, Gbagbo refuses to concede defeat and maintains control of both the military and state media.

The U.N. was invited by the country itself to supervise the vote and certify the outcome following a peace accord after Ivory Coast's 2002-2003 civil war.

Earlier Saturday, masked men in military uniforms opened fire on the U.N. base after following guards back from a patrol, the U.N. mission said. No one at the U.N. was harmed in the shooting.

The six armed men in a civilian vehicle shot at the patrol as it entered the mission compound early Saturday and continued firing along the wall of the compound, the U.N. mission said in a statement. The U.N. guards returned fire.


Even if usurper Gbagbo is granted exile, what is to guarantee that his host won't pull an Obasanjo, on him? The former Nigerian president famously granted asylum to Charles Taylor, but then later turned him over to the ICC.
Black Star News Editorial
December 18th, 2010

We warned in a previous editorial that bloodshed would follow in the Ivory Coast unless Laurent Gbagbo backed off his coup d'etat. The usurper stole the elections there after losing in a runoff to Alassane Quattara.

We also were the first to call for Gbagbo's prosecution.

His excuse for the coup was that the Election Commission had announced the results one day after the deadline that it had set for itself; the lamest reasoning for any election theft in all of recorded history.

Ivorian civilians protesting the election theft were mowed down by soldiers of the national army, who are following orders from General Philippe Mangou, the chief of staff, who is in essence committing treason by following orders from Gbagbo, who --with the general-- may well end up before the International Criminal Court (ICC) as we called for in our earlier editorial.

Yesterday, ICC Prosecutor, Luis Moreno Ocampo, had it right --something very rare for him-- when he declared that the political and military leaders responsible for deaths of innocent civilians in Ivory Coast, would be prosecuted by the Court. This is well.

What is remarkable is that even with the writing on the wall, army commanders would still support Gbagbo: on what universe do they live, not to see that Gbagbo is probably now negotiating a deal to avoid prosecution. All the foreign powers that once backed him have demanded that he pack his bags.

At this stage, it may be late for Gbagbo to escape punishment.

Even if he steps down, which it now seems he will, before Christmas, which country is going to grant him exile? Even if he is granted exile, what is to guarantee that his host won't pull an Obasanjo, on him? The former Nigerian president, Olusegun Obasanjo, famously granted asylum to Charles Taylor, but then later turned him over to the ICC.

If Gbagbo and his top generals meet a similar fate, no one should shed tears. Other usurpers-in-waiting are watching Ivory Coast carefully. The world must help Ivorians prove that the days of elections thieves in Africa has ended once and for all.

Cote d'Ivoire : In Context Series: Deforestation and Agricultural Productivity in the Côte d'Ivoire 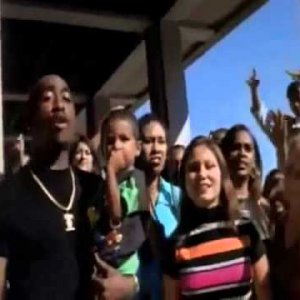