Brother AACOOLDRE : Correlations between Flavius Josephus and the New testament

Some Correlations Between Flavius Josephus And The New Testament


Hello, I'd like to give you a brief preface for this work. This is what scholars consider solid evidence, but what one must also realize is that this means that this evidence is not arbitrary, but instead - deliberate. That is right. That this was there to be found means that it was done intentionally. And the purpose is obvious, and that is so that this could be discovered. There now is solid proof that there is indeed a connection between Flavius Josephus and the authorship of the New Testament.


It would be a virtual impossibility for Christians to "add" all of these correlations to the works of Josephus at a later date as the removal of all of these would leave the works of Josephus like a deflated tire... so much content would be gone that it would no longer make any sense! What would be left would be an unrelated mish-mash of things that don't even make any sense and cannot give an account in an understandable way. And that, most certainly, was NOT how Flavius Josephus (Arrius Piso) wrote.


And so, I sincerely hope that this has put an end to that old notion that the mention of "Jesus" in the works of Josephus was a later addition by Christians. That rumor was started, I believe, as a kind of 'strategy' on the part of those who knew the truth of the matter - but whom, wanted to lead persons away from discovering all of the other correlations between the works of Flavius Josephus and the New Testament, and knowing full well that atheists would grab hold of this rumor and spread it around like wildfire for the simple reason that most atheists at that time were entirely ignorant of how all of this really happened, yet wanted something, anything, to hold up to Christians as 'evidence' on behalf of their own beliefs.


You should be able to use and read "Roman numerals" to make use of this list, and you can find the works of Flavius Josephus as translated by Whiston into English online at...


The two books (1) Antiquities of the Jews & (2), War of the Jews are here cited below in abbreviations:

(27)"Only Begotten Son" Used to say the wrong thing in Ant. of the Jews, which

was their way of 'annotating' certain things. And the reason is that the phrase

"Only Begotten Son" does NOT mean that literally, it was a figure of speech that

was used as a term of endearment. It was a phrase that was said to a 'favorite'

son out of more than one by the father or mother of that son. So, there is really a

joke here by the use of that phrase, a joke that was put there by the author of the

Gospel of John himself. [John 3:16, "For god so love the world that he gave his

"only begotten son". Be sure to read our full true translation of this elsewhere.]

4:6] Josephus says 'Aaron' died in the month called 'Abba' by the Hebrews.

forsaken me?" Josephus: "One man will be obliged to hear the voice of his son

imploring help of his father, when his hands are still bound." (Wars of the Jews,

preserved his writings from those indecent fables..." and, "he might have securely

Arrius hinting at himself being "a person in great authority" at age 30 (which, he would

still be, into the year 68 C.E.)? Was he Fasti Consular P. Galerius Trachalus and/or

C. Bellicus Natalis in 68? He WAS Fasti Consular in 69 C.E. as Arrius Antoninus.

in 68 CE he got Nero off of the royal throne of Rome and caused his death. Which

was the revenge that he sought for Nero forcing his father to commit suicide.


* A more definitive understanding of the difference between ‘Judas’ and ‘Theudas’ will be given within the texts of future books, articles, etc. For now, it should be noted that the person known as ‘Theudas’ was a particular person in history who lead a revolt against Rome and who was beheaded as a result. He died in or about 44 C.E. as did two sons of Judas of Galilee. Those two brothers appear to have been crucified. 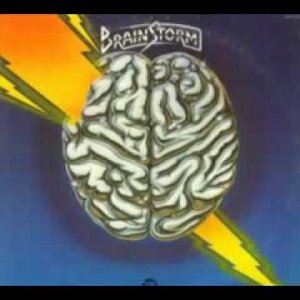