WANTED! Guinea's Captain Camara; joins a list of African tyrants who should pay for the lives of innocent citizens


The tepid response from the "West" to the ugly murders in Guinea is continuation of the despicable double standard reserved for atrocities where the victims are Black; and for countries whose leadership is not opposed by the "West." In that regard, the term "West" is often synonymous with moral corruption of the highest order.
Black Star News Editorial
October 4th, 2009

Why did the soldiers in Guinea kill 157 civilians in cold blood and rape women in the streets?

Because they believed they would be able to get away with it.

Fifty thousand pro-democracy demonstrators had taken to the streets in Conakry, Guinea's capital. The military leader who seized power there in December after the death of a long serving dictator had vowed he would usher civilian rule; the protest was ignited when it became clear he wants to stay on.

What is the right thing to be done? The International Criminal Court (ICC) should indict Guinea's president Captain Moussa Dadis Camara and his top junta colleagues. The chain of command of the officers, who issued the order, beginning with the president, should be established and each suspect held responsible.

Yet, don't hold your breath. The ICC is politicized and corrupt because its top prosecutor is compromised. The world is either in the 21st Century collectively; or the world will remain in the 19th century collectively. Camara and his comrades must pay for the blood they spilled and the women violated.

So far the reaction of the international community to the Guinea outrage has been very tepid; with the United States issuing a mere statement.

These are the kind of immoral reactions that embolden tyrants to commit mass murder in Africa. It has always been that way. Yet, with the election of President Barack Obama in the U.S., there has been much hope that words would actually matter this time.

How can national leaders --presidents-- be allowed to get away with such carnage against their own citizens? Not even prostitutes are raped so openly in the streets.

The tepid response from the "West" to the ugly murders in Guinea is continuation of the despicable double standard reserved for atrocities where the victims are Black; and for countries whose leadership is not opposed by the "West." In that regard, the term "West" is often synonymous with corruption of the highest order.

The massacre would have now been debated in the United Nations Security Council, had the government of Robert Mugabe --hated with clinically pathological intensity by the U.K government-- been responsible for shooting down 157 civilians at a stadium in Harare. There would have been a call by permanent member countries of the Security Council for a warrant for Mugabe's arrest.

So, with the Guinea massacre, captured on videotapes, where is the outrage? Does the "West" really care about "human rights" in Africa? Is Robert Mugabe merely being punished for daring to de-colonize land monopoly ownership by whites in Zimbabwe?

Every time the "West" ignores atrocities elsewhere in Africa, and devote all their crocodile tears to victims in countries whose leadership they, not-coincidentally oppose --as in Zimbabwe and the Sudan-- tyrants everywhere in Africa are emboldened.

The tyrants know that all they have to do is make nice with Paris, London, and Washington; then they can continue killing Africans.

Recently the dictatorship in Uganda sent security forces to mow down dozens of demonstrators in the streets of Kampala; a tepid response from Washington followed with a U.S. State Department official urging "both sides" to show restraint. As if both sides had deployed armored vehicles and automatic rifles. It was an early demonstration of what can be expected in 2011 when Uganda holds presidential elections.

Yet, truth be told, the "West" has a soft spot for Ugandan dictator Yoweri Museveni. He contributes troops to the U.S.-backed mission to try and stabilize Somalia. So Washington and London turn a blind eye to the "inconvenient" matter of the recent slaughter of demonstrators in Kampala; and the incarceration of 2 million Uganda citizens in concentration camps in Uganda's Acholi region for decades, resulting in the deaths of hundreds of thousands through hunger and diseases; and the deaths of millions of Congolese, during the occupation of eastern Democratic Republic of Congo, by the regime's army from 1997-2003. So, while Museveni may be genocidal; he's "ours." That's the attitude in Washington and London.

Captain Camara saw that the Kampala regime got away with brutality in Uganda; why couldn't he give it a try to suppress a challenge in Guinea? In Guinea, indications are that France sees Captain Camara as belonging to Paris. So what if he allowed his soldiers to commit such atrocities?

This is the moment when women's organizations in the "West" should take to the streets and demand that their governments, evidently dominated by immoral men, when it comes to the lives of Africans --including women-- not allow the outrage in Guinea to be swept under the carpet.

The countries of the "West" sustain repressive African regimes with arms and budgetary support; so taxpayers in the "West" pay for the crimes of African tyrants.

What about President Obama's brilliant "Accra" speech, in Ghana, where he declared that the days of "strong men" are over in Africa, to be replaced by enduring institutions of governance?


(FinalCall.com) - Tensions were elevated in Conakry, Guinea following civil unrest over the possible presidential candidacy of Capt. Moussa Dadis Camara, leader of the National Council for Democracy and Development (CNDD) who took power over the nation by a military coup d'état in December, 2008.

According to media reports, government forces intervened in a Sept. 28 rally at a Conakry stadium organized by political groups opposed to the military junta remaining in power and campaigning in national elections scheduled for January 2010.

A reported 157 people were killed in the crackdown on the protest the junta maintains was illegal and in defiance of a government rally permitting process after Guinea Independence Day celebrations on Oct. 2.

According to reports, a coalition of opposition activists, “Forum des Forces Vives de la Nation,” decided to proceed with the demonstration and some of the protesters engaged in violence against the police.

Critics say Guinea security forces have a history of using excessive and often unnecessary deadly force against demonstrators and such suppressive practices were common place under the previous regime of President Lansane Conte.

In response to the killings and alleged human rights abuses, there have been calls for accountability and international intervention. The advocacy organization Human Rights Watch called on the junta to “hold accountable security forces responsible for firing upon and killing dozens of generally peaceful demonstrators.”

France, which until now had given the junta the benefit of doubt, suspended military cooperation with its former colony and called a meeting of the European Union to discuss possible sanctions. France Foreign Minister Bernard Kouchner and U.S. Secretary of State Hillary Clinton called on Capt. Camara and the CNDD to step down.

“Guinea before independence is not the same as Guinea after independence. As the nation is no longer under French colonial rule, France will not impose its will on a sovereign, free, and independent country,” responded Moussa Keita, a member of Conakry's ruling military council.

In neighboring Senegal—where President Abdoulaye Wade was an early supporter of the junta—there were official condemnations of the clashes and a sign of growing regional concern over Guinea's budding chaos.

A media statement from the Economic Community of West African States, which suspended Guinea's membership because of the coup, denounced the brutality and called for an “International Committee of Inquiry in collaboration with the African Union and the United Nations Commission for Human Rights, in order to identify the persons responsible and take necessary measures to address the situation.”

ECOWAS expressed continued concern about the reliability of Capt. Camara's vow to relinquish power before the upcoming elections.

The ECOWAS statement also referenced findings from the International Contact Group on Guinea, which met at the African Union Mission to the United Nations in New York. The group expressed apprehension about Guinea's electoral process delays and the continued deterioration of its political, security and human rights situation. The group called on Capt. Camara to officially reaffirm his promise in writing that he would not run in the elections.

At the time of the coup Capt. Camara promised neither he nor anyone in the CNDD would run for president. Only after months of postponements and political pressure from certain foreign governments was January 31, 2010 set as Election Day. Shortly thereafter, Capt. Camara decided he would run for office, sparking dissatisfaction and a decline in his popularity.

Explaining the shift in position on the elections, Capt. Camara denied he personally changed, but said he was being forced to represent his supporters in the military who also threatened another coup unless he entered the race.

The military came to power filling a leadership vacuum in Guinea when longtime President Conte died in December 2008. The coup mirrored circumstances that brought Mr. Conte to power in 1984 at the death of his predecessor, President Ahmed Sekou Toure, who led the country since independence from France on October 2, 1958.

Though the bloodless coup was condemned by the African Union, ECOWAS, the E.U., the U.S. and the UN, it received wide support among the Guinean people because of the brutal rule and corruption of the Conte government. 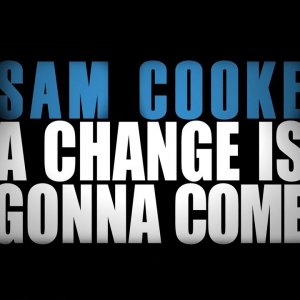