Funny what he said after he said the not getting tickets wasn't a reason....

It's also funny that it alright if his buddy Tavis accepts money from Wal-Mart, which stands for just the opposite of what he just said in the interview.

Do you think this has something to do with it?

That is why I don't listen to his chiding of Obama because he's in bed with wall street also.

This is almost funny. West snipes at his former allies, Rev. Al Sharpton and Michael Eric Dyson (and longtime adversary, Melissa Harris-Perry) for appearing on MSNBC (a network that has given West plenty of face time) while his best buddy Smiley has whored himself out to such corporations as Wal-Mart, Exxon, Wells-Fargo and McDonald’s. This does not trouble West as he is represented by Smiley for book publishing and speaking engagements (West earns up to $25,000 to speak).
Click to expand...

People over look the fact that the election of Obama has made he haters, and fan a lot of money. Hating Obama became big business and they know it. Now like I said, wait until Yt get back into office, lets see how much access they get to the White House then.

Enki said:
Funny what he said after he said the not getting tickets wasn't a reason....

It's also funny that it alright if his buddy Tavis accepts money from Wal-Mart, which stands for just the opposite of what he just said in the interview.


Do you think this has something to do with it?

That is why I don't listen to his chiding of Obama because he's in bed with wall street also.

This is my point Enki,

Argue the points. Whatever west's flaws are, put an argument
against his points. I don't always agree with dyson, but when folks
tried to go in on dyson, particularly as it pertained to cosby and the
debate he had with stephen a. smith. No one..... To This Date....,
could and or would refute his points/claims. And were Obama is
concerned, that is what it is for me. On the other thread when you
laced a few things that obama did, I laughed because for I could've
licked off the top of the head a half dozen policies that warrant
criticism.

It's like reading you on religious subjects and how you make solid
points when it comes to biblical verses and religious thought/concepts,
oft times, many of your 'opponents', attempt to dig at you and hardly -many
of the times, deal with the points you've laid out. You know that isn't
the way a debate should go. 'Don't attack Enki, attack his points/premise'.

So I'll put it to you like I put it to those, regarding dyson on cosby/a. smith:
Where is west wrong about obama? What did he say that was wrong as it relates
to policies. Quote him, so that we may examine what he said regarding pres. obama.

I recall west being quite consistent with the premise of holding the president
accountible. Dyson started out that way, then switched up. Now, everyone has
a right to change their mind, but given how all of a sudden he did a 180 turn, is
certainly room for question, to say the least.

While I will appreciate dyson dealing with tyson and a. smith; I'll give him props
for that. He has failed to show where west was wrong. 10k words of what in the way of
obama's detractors with regard to his policies? I posted somewhere where
dyson was going at it with glen ford, and failed to dispute the points ford was making.

Black People : Why is everyone hating on Cornel West? He's right!!!
2 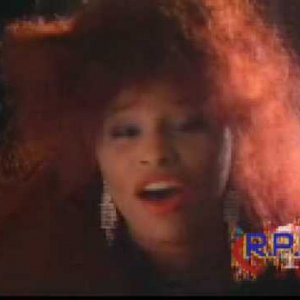