A white Tennessee police officer resigned after witnesses said he got knocked out at a wedding for making drunken, racist comments​

Multiple witnesses allege the officer, Tanner Holt, ranted about race in the parking lot outside the wedding venue, telling one attendee that he "didn't know they let Black people in the reception hall," according to the incident report seen by WBIR-TV.
The man, Jonathan Toney, reportedly asked Holt to refrain from speaking about race - Holt declined, and said "he was part of the Black community."
According to WVLT, Toney punched Holt in the face, saying he "couldn't take it anymore" and knocking the off-duty officer unconscious.
Scott Erland, a spokesperson for the Knoxville Police Department, confirmed the internal investigation in a statement.
"In the course of the preliminary investigation, responding officers were made aware of numerous possible violations of the KPD's Code of Conduct policy, including allegations that Holt had made racially motivated statements that precipitated the assault," Erland said, according to Hard Knox Wire.
While it's unclear which specific rule violations the department is referring to, the Knoxville Police Department's code of ethics explicitly states that its employees should not act in an "immoral, indecent, lewd, or disorderly manner or in a manner that might be construed by an observer as immoral, indecent, lewd, or disorderly."
No charges were filed against the former police officer. Police charged Toney with "simple assault" for punching Holt in June.

55% OF POLICE KILLINGS ARE COVERED UP:

#SHANTELARNOLD, A 4’8” BLACK WOMAN, WAS BRUTALLY ASSAULTED BY A #JEFFERSONPARISH DEPUTY AFTER CALLING FOR HELP BECAUSE SHE HAD JUST BEEN ASSAULTED BY 3 TEENAGERS. HE SWUNG AND TOSSED HER BY HER HAIR WITH SUCH FORCE, IT WAS REPORTED THAT SOME OF HER BRAIDS WERE RIPPED FROM HER SCALP!! #TeamDL #protectblackwomen #policebrutality #louisiana #jeffersonparishsheriffsoffice

The incident, captured on video, happened late last month after Shantel Arnold was accosted by a group of boys.
thegrio.com

Black driver, 24, dies after being tased during traffic stop

24-year-old Jermaine Jones Jr. from Georgia has died after being tased by police when drugs were found in his SUV during a traffic stop
thegrio.com

Law Forum : JUDGE RULES YOU CAN RECORD COPS IN PUBLIC 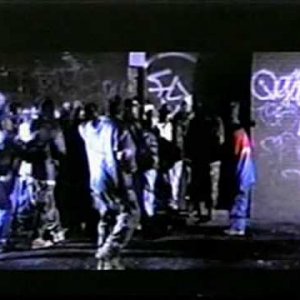