The Las Vegas police officer who shot and killed an unarmed Trevon Cole during a June drug raid over small-time marijuana sales was "justified," a coroner's inquest found Saturday night, despite contradictory findings from the medical examiner.

Cole, 21, and his eight-months-pregnant fianc?, Sequoia Pearce, 20, were at their apartment when police serving a search warrant burst through the door, reports Phillip Smith at StoptheDrugWar.org. Cole was shot in the bathroom by Detective Bryan Yant who, in testimony Saturday, said he kicked in the bathroom door and claimed he saw Cole squatting by the toilet, apparently flushing marijuana.

Yant claimed he saw Cole rise to his feet "while moving his hands in a shooting motion" and that he saw something silvery or metallic in Cole's hand. He then fired once, killing Cole.

"Unfortunately, he made an aggressive act toward me," claimed Yant under questioning from Assistant District Attorney Chris Owens. "He made me do my job."

It's unfortunate that Detective Yant believes "his job" is shooting and killing unarmed marijuana suspects.

?Owens questioned Yant sharply at times, suggested the officer's weapon had accidentally discharged as he busted through the door. Owens cited the position of Cole's body on the floor and the downward trajectory of the bullet as it entered his cheek before lodging in his neck, which suggests that Cole was still kneeling when shot.


Geez - this is getting totally out of hand - and I'm starting to feel real uncomfortable. Its like we as AA's are in a war zone getting shot at without a gun to fire back. As a matter of fact it is illegal to fire back and so we are like those moving targets at the fair where a police officer wins a prize by shooting us down.

And they laugh and cheer and pat each other on their backs and say "Good job boys...Another "criminal" of the streets"

Hurtful is my reaction..........This crap is crazy and they picking brothers off daily
killing us just because if we don't stand up and do something fast the next bite of
da bullet might have one of name on it .......painful to see them laugh after a killing
and yet there is no proof of this so call weapon he thought he saw !!!!!
these ......blank blank gonna pay .......TIME WE REBIRTH THE DECONS OF DEFENSE
and take matters in our own hand wit an eye 4 an eye tooth 4 an tooth !!!
Poetic flow, Poetry of a poet! Be a Premium member today and enjoy all the fruits .

MsInterpret said:
And they laugh and cheer and pat each other on their backs and say "Good job boys...Another "criminal" of the streets"
Click to expand...

Something tells me that when they are referring to us, the word "criminal" is not used.
They're just blatantly killing us one by one, and getting away with it. I also always feel uneasy when I hear that word "justified" when it's used to validate killing one of us. To me, it sounds like a code word to the rest to "GO!". 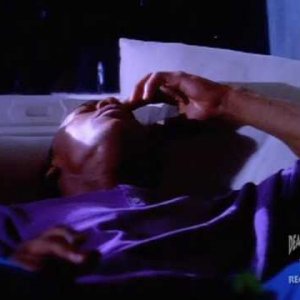