Black Poetry : Cool being hood made in school get good grades this is just a short letter with all sorts of clever words about DR MARTIN LUTHER KING starting to rem

folks his cries for freedom heard
around the world, he be bold
as the key role in the civil rights
movement, opposed segregation
as it rose to devastation
in AMERICA kept a nation in separation
King spoke about this
and no doubt it broke the wrist
of racism, Atlanta Georgia his birth
place, his mother bought from her womb
one that'll change the world soon
he had to put up with pain
R

he had to put up with pain
and lies to remain
in race for truth
even chased it in his youth
the racism was the thirst
first on his agenda, AMERICA not
living its true creed racism must stop
he campaigns against racism
as it remains a disgrace to wisdom
he begin to fear
America not in the clear
a character of hate appears
R

a character of hate appears
tried to weather the storm
of racism it would forever calm
the rights for folk of color
his quotes like no other
were true the right to vote
MARTIN know best
during a protest
his speeches a matter of routine
they reaches and shatter the scheme
of racism, was a VIP true
always on TV interview
R

J
Black Poetry : Juicy sexual color of dark skin in the head is only one word: Divine. My juicy, sweet, goddess. The figure is like a boom boom cool rap beat bass from

Feb 8, 2020
Jamestheone
J
R
Black Poetry : Boys give her a dumb stare because Somewhere her lover awaits to discover her cakes she in high school fly sexy and cool like TLC try to rule wanna

Dec 5, 2019
rhymebad
R
R
Black Poetry : Try be cool in high school **** she a true queen need a bamboo screen for her doorway but soar today in a mini-skirt with plenty flirt had fun in clas

Oct 11, 2019
rhymebad
R
R
Black Poetry : Oh I was in high school try be cool but a lie can fuel an affair and rule try express thoughts my b

Mar 23, 2019
rhymebad
R
R
Black Poetry : Oh I was in high school try be cool but a lie can fuel and affair and rule thoughts caught in a gir 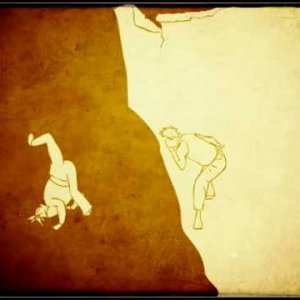