Black People Politics : Condoleezza Rice is Not Qualified to Speak on Civil Rights

Protesters forced former Secretary of State Condoleezza Rice to withdraw from a commencement
address at Rutgers University, in New Jersey, this week. However, demonstrators were unable to
prevent Rice from speaking to a University of Minnesota audience, three weeks ago. The author
was among the opposition.

“All the hard work in the world would not have opened the doors for Rice if there had not been a
Movement.”

There are myriad reasons why Condoleezza Rice was a bad choice to speak at the University of
Minnesota on “Keeping Faith with a Legacy of Justice: the 50th Anniversary of the 1964 Civil Rights
Act.”

The first is that it would be downright hypocritical. Rice is not an expert on Civil Rights, in fact, her
life and her career are all a reflection of her disdain for civil rights. Rice, nor her family believed in
the efficacy of the struggle for the rights of black people to be free of Jim Crow racism in the United
States. And her record as National Security Adviser and Secretary of State from 2001-2008 in the
Bush Administration indicates that she is not qualified to talk about “rights” human or civil. She
spent her entire career in Washington dedicated to separating so-called enemies of the US from
their civil and human rights.

According to Rice, the Civil Rights Movement wasn’t necessary, legal segregation (Jim Crow) would
have worked itself out and ended on its own, or collapsed under its own weight.

In a Washington Post interview years ago she said, “I felt that segregation had become not just a
real moral problem, but it had become a real pain in the neck for some [white] people, People had
begun to make their own little accommodations." Really, Dr. Rice? White southerners, out of the
kindness of their hearts, were going to give up the political, economic, and social advantages that
Jim Crow segregation had granted them? Her statement recalls what we in the black community
used to call “educated fools.” Clearly Rice, who grew up in Birmingham in the middle of the Civil
Rights struggle, has a revisionist idea of those times.

“According to Rice, the Civil Rights Movement wasn’t necessary.”

Condoleezza has bragged that her family didn’t march because her father didn’t think he could turn
the other cheek. But that’s a poor excuse, because not all of the marches called for direct
confrontation with authority. The Rice family could have gotten involved in the Movement, but they
chose to sit it out.

she will pay for her sins in this world or the next...

......
Rice tells those stories in her new book, Extraordinary, Ordinary People,the first half of a planned two-book memoir.

The book is a deeply personal account of growing up under segregation in Birmingham, Ala., where the threat of violence was never far away. But its dominant theme is the influence of Rice's parents, who were committed educators. Her father was also the minister of a well-respected Presbyterian church.....

.....
Rice's parents did not march in the various civil rights rallies taking place in Birmingham. Instead, Rice says, they did other things to show their support — like boycotting certain stores and refusing to give student protesters' names to state authorities.

Rice says she overheard her parents discussing the marches, and John Rice's decision to stay away. "My father was very clear about why he wouldn't [march]," Rice says. "My dad was not someone who you would strike with a billy club and he wouldn't strike back. It just wasn't in him."

Rice remembers her parents' conversation this way: "They would have hit him — meaning, the police. He would have fought back ... and his daughter would have been an orphan."

In the months since she's written the book, Rice says, she's been surprised by the number of people who hadn't realized how fully places like Birmingham were defined by racism and segregation in the 1960s.

She also wanted to tell the story, she says, of "how my parents, and our community, reacted to it — not being beaten down by it, not even being particularly bitter about it. But rather, believing, 'Well, you may not have been able to control those circumstances, but you could control how you reacted to your circumstances.' ...

When I sat down to watch “60 Minutes” Sunday night, I knew that Secretary of State Condoleezza Rice would be appearing. I expected the same old run-of-the-mill defense of the Bush administration and, in that respect, she was predictably predictable. But when the discussion turned to her upbringing in my native state of Alabama, it was clear that this smart, able and doctrinaire bureaucrat was basically pimping the Civil Rights Movement.

She talked in moving terms about the four girls killed in the bombing of Sixteenth Street Baptist Church in Birmingham. One of them, Denise McNair, “was my little friend from kindergarten” and another, Addie Mae Collins, “was in my uncle’s homeroom in school.”

Referring to her childhood, Rice said: “Nobody lived in an integrated fashion. Since you couldn’t go to a restaurant until 1964, or stay in a hotel, or go to a movie theatre unless you wanted to sit in the rafters…in the Black only section…colored-only section. And my parents were determined to try and shield me from some of those humiliations.”

Rice was 8 years old when that bomb exploded in Birmingham. I was 16 years old at the time. Perhaps because of our age difference, I knew then and I know now, there was no way any parent could shield their children from the indignities of de jure segregation.

By all accounts, Rice was a Black blue-blood. Her father, John Rice, was a Presbyterian minister and guidance counselor. Her mother, Angelena, was a science and music teacher. And what did they do to eradicate those oppressive conditions that African-Americans were forced to endure?

“My father was not a march-in-the-street preacher,” Rice told an interviewer for the Washington Post. The decision to use children in protest demonstrations is one of the main reasons the walls of segregation came tumbling down in my home state. But Rev. Rice would have no part of it.

And that’s the point. Many Black middle-class families refused to confront America’s version of apartheid, yet when the doors of opportunity flung open, they were the first to march through them, riding on the back of poor people who were unafraid to take risks.

Many of us teenagers were willing to take risks that many adults wouldn’t. I was in the 10th grade when Joe Page, a fellow student at Druid High School, drove us to Birmingham to protest the deaths of those four girls. We were supposed to be in school, but going to Birmingham was the best education I could have received at the time.

Another childhood friend, Ronnie Linebarger, and I were in the middle of most street demonstrations in Tuscaloosa and we know the smell of tear gas. Another schoolmate, Jean Corder, and her entire family were active in the movement. We found a way in 1965, my senior year in high school, to participate in the last leg of the Selma-Montgomery March.

Perhaps that’s why Rice feels so comfortable defending George W. Bush, arguably the worst president on civil rights in more than 50 years. Unlike her parents, she is not on the sidelines – she’s on the wrong team. And in the wrong role – Super Fly.

Condoleeza Rice begins her autobiography by saying that during slavery, her ancestors were House Negroes.

I kid you not. Those are her exact words - they were House Negroes. 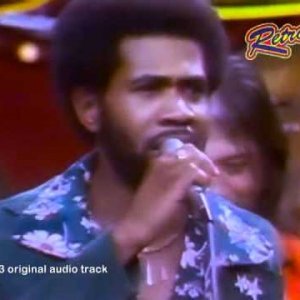