Black People : Companies,Corporations,Banks and Universities Across The World That Are Linked To Slavery

Here we mark off and locate any and all companies,corporations and any other entity around the world that was founded, benefited, and either is defunct now, and/or has a new name or subsidiary that it changed to and still benefits and sustains the racist parasitic Capitalist structure.

AIG - bought American General Financial which owns US Life Insurance Company. US Life used to insure the lives of slaves.


Bank Of America - grew in part out of the Bank of Metropolis, which accepted slaves as collateral.


Brooks Brothers - got its start making clothes for slaves


Brown University - named for the Brown brothers who gave money to the university. Two were slave traders, another ran a factory that used slave-grown cotton. University Hall was built in part by slave labour.

Fleet Boston - grew out of Providence Bank, founded by one of the Brown brothers (see Brown University above), a slave trader who owned slave ships. The bank made money from the slave trade. Providence, Rhode Island was the home port for many slave ships.


JP Morgan Chase - made a fortune from the slave trade. Predecessor banks (Citizens Bank, Canal Bank in Louisiana) accepted slaves as collateral, taking possession of 1,250 slaves from owners who defaulted on loans.


Princeton -
raised money and recruited students from rich, slave-owning families in the South and the Caribbean. Princeton was not alone in hitting up slave owners and traders for money and students. So did:


Tiffany's - founded with profits from a cotton mill in Connecticut that processed slave-grown cotton.

USA TODAY - its parent company, Gannett, had links to slavery.

Wells Fargo - Georgia Railroad & Banking Company and the Bank of Charleston owned or accepted slaves as collateral. They later became part of Wells Fargo by way of Wachovia. (In the 2000s Wells Fargo targeted blacks for predatory lending.)

Universities not only sought and accepted money from slave owners and traders, they helped to create scientific racism.

Also I researched on my own and found many others that still benefit now and was founded off the blood and labor of our people.

Firestone Natural Rubber Company, up in Akron, Ohio which even has its mark on the so called "Rubber Bowl" and the rubber you are driving on, all has its foundation in the colonial era, after slavery, but in the era when the devils were just outright stealing out of the motherland and via puppet governments and violence. Between 1940 and 1965 Firestone took 160 million dollars worth of rubber out of Liberia; while in return the Liberian government received 8 million dollars.”

Also if you read up on Walter Rodney's "How Europe Underdeveloped Africa", and then back research, you will find out that the Lever Brothers who founded "Lever" soap products and also Unilever products.

Unilever was a major beneficiaries of the exploitation of the African continent. Beginning with soap, William Lever began to produce Lifebuoy, Lux and Vim and margarine. A merger in 1929-30 resulted in Unilever taking its current title and expanding with the material coming from products such as copra, groundnut oil, palm oil, and oils and the fats of animals. Today Unilever is one of the biggest corporations in the world now responsible for everyday indispensable brand name products such as Dove, Closeup toothpaste, Lipton’s tea, Q tips, Vaseline, Cutex, Slimfast, Klondike, Ben & Jerry’s ice cream, Ponds, Sunlight, Breeze, and Vim of old.

Beware of These 7 Popular Chocolate Brands that Exploit Child Slaves

Americans spend over a billion dollars every Halloween on chocolate, accounting for 10% of most chocolate company’s annual revenue. And the average American citizen eats over 11 pounds of chocolate a year. So this Halloween, use your money to let them know that child slavery will not be tolerated by American consumers.

Last September, a lawsuit was filed against eight companies – including Hershey, Mars, and Nestle – alleging that the companies were duping consumers into “unwittingly” funding the child slave labor trade in West Africa, home to two-thirds of the world’s cacao beans. 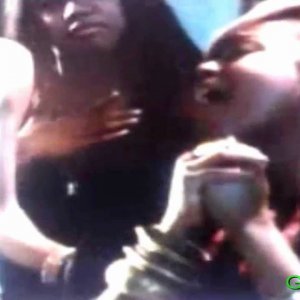