Comic books are kids stuff, but Operation Paperclip, that utilized real comic book villains like Henry Kisinger to turncoat his Jewish heritage,
and import Nazi scienitsts and officers, like Victor Von Braun, and Victor Dornbeugrer,
into US NASA, intel and weapons manufacturing.

The Hellfire Club
,made up of wealthy and aristocratic colonizers and slave traders,
who engaged in mock satanic rituals and debaucherous parties,
prvided the ounding fathers of Cecil Rhodes "Round Table, and the Royal Institute of Interntiona Affairs; said to be the parent agency of the CFR


Now wether one beleives that demons exit or not, could there be sublte negatie energies tht can be and have ben controlled and manipulated forthe purposes of
1 The slave trade
2 Colonization
3 Mass mind Control and manipulation

The corelation of the fictional Shaw and his employee,
is in the very real satanist and prominent member of the NSA,
General Michael Aquino,
and what most comes to mind is the fact that he was the mastermind of what is presently known as Psyops, or Psychological warfare,
and what the implications may be of his involvement in the well documented in the press,
psyops done to several senators on atrip to Afghanistan,
a minute ago

comic books have always been ahead of the curve when it comes to life on this planet....
if an alien wanted to know what the hell we are all about...***** the history books...their best
bet would be to read the comics from the last 25 years....

one thing though....the hellfire club doesn't have ish on these devilish masons...money wise or power wise...

Khasm13 said:
comic books have always been ahead of the curve when it comes to life on this planet....
if an alien wanted to know what the hell we are all about...***** the history books...their best
bet would be to read the comics from the last 25 years....

one thing though....the hellfire club doesn't have ish on these devilish masons...money wise or power wise...

Possibly one and the same,

The Fellow Craft degree (2°) of Freemasonry is found in both the largest bodies, the York Rite and the Scottish Rite. According to Coil's Masonic Encyclopedia, the Order of the Illuminati, formally founded by Adam Weishaupt and Baron Von Knigge in 1776, divided its rites into three principal classes and the second of the second class of rites was the Fellow Craft, 2°.1

Reinforcing the authoritative Coil's Masonic Encyclopedia is the work of other Masonic and occult researchers who report that the Fellow Craft degree was awarded in the 2° of the Order of the Illuminati. In the book, Witchcraft, Magic, and The Supernatural, published in Great Britain, we find information about Sir Francis Dashwood, leader of Britain's 18th century "Hell Fire Club."

It is said that Dashwood, a notorious yet rich Rosicrucian magician, greatly influenced America's visiting Benjamin Franklin, who frequently sought him out for occultic advice and information. Indeed, some believe that Dashwood was as important to the Illuminist cause on the isle of Great Britain as Adam Weishaupt was on the European continent.2
http://www.bibliotecapleyades.net/sociopolitica/codex_magica/codex_magica05.htm


Operation paperclip;
A precursor of the MKULTRA program began in 1945 when the Joint Intelligence Objectives Agency was established and given direct responsibility for Operation Paperclip. Operation Paperclip was a program to recruit former Nazi scientists. Some of these scientists studiedtorture and brainwashing, and several had just been identified and prosecuted as war criminalsduring the Nuremberg Trials.[11][12]
Several secret U.S. government projects grew out of Operation Paperclip. These projects included Project CHATTER (established 1947), and Project BLUEBIRD (established 1950), which was renamed Project ARTICHOKE in 1951. Their purpose was to study mind control, interrogation, behavior modification and related topics.
http://en.wikipedia.org/wiki/Project_MKULTRA

i mos def see the correlation...i was just sayin...
the illest thing the hellfire club and shaw did was get the government contract to create the sentinels....
the rothschilds have been a part of so many wars i can't even count....thas why i said they didn't have ish on these devilish masons....

Black People : Could Marvel Comic becoming out with an African-American Superhero movie? 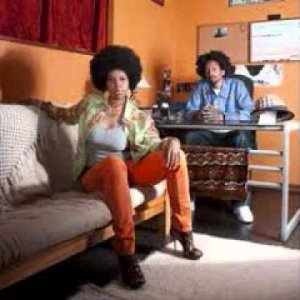