Fake gold bars in Bank of England and Fort Knox
Written by (Author ) World Jan 11, 2010 It’s one thing to counterfeit a twenty or hundred dollar bill. The amount of financial damage is usually limited to a specific region and only affects dozens of people and thousands of dollars. Secret Service agents quickly notify the banks on how to recognize these phony bills and retail outlets usually have procedures in place (such as special pens to test the paper) to stop their proliferation.

But what about gold? This is the most sacred of all commodities because it is thought to be the most trusted, reliable and valuable means of saving wealth.

A recent discovery — in October of 2009 — has been suppressed by the main stream media but has been circulating among the “big money” brokers and financial kingpins and is just now being revealed to the public. It involves the gold in Fort Knox — the US Treasury gold — that is the equity of our national wealth. In short, millions (with an “m”) of gold bars are fake!

Who did this? Apparently our own government.

Background
In October of 2009 the Chinese received a shipment of gold bars. Gold is regularly exchanges between countries to pay debts and to settle the so-called balance of trade. Most gold is exchanged and stored in vaults under the supervision of a special organization based in London, the London Bullion Market Association (or LBMA). When the shipment was received, the Chinese government asked that special tests be performed to guarantee the purity and weight of the gold bars. In this test, four small holed are drilled into the gold bars and the metal is then analyzed.

Officials were shocked to learn that the bars were fake. They contained cores of tungsten with only a outer coating of real gold. What’s more, these gold bars, containing serial numbers for tracking, originated in the US and had been stored in Fort Knox for years. There were reportedly between 5,600 to 5,700 bars, weighing 400 oz. each, in the shipment!

At first many gold experts assumed the fake gold originated in China, the world’s best knock-off producers. The Chinese were quick to investigate and issued a statement that implicated the US in the scheme.

What the Chinese uncovered:
Roughly 15 years ago — during the Clinton Administration [think Robert Rubin, Sir Alan Greenspan and Lawrence Summers] — between 1.3 and 1.5 million 400 oz tungsten blanks were allegedly manufactured by a very high-end, sophisticated refiner in the USA [more than 16 Thousand metric tonnes]. Subsequently, 640,000 of these tungsten blanks received their gold plating and WERE shipped to Ft. Knox and remain there to this day.

According to the Chinese investigation, the balance of this 1.3 million to 1.5 million 400 oz tungsten cache was also gold plated and then allegedly “sold” into the international market. Apparently, the global market is literally “stuffed full of 400 oz salted bars”. Perhaps as much as 600-billion dollars worth.

DA investigating NYMEX executive ,Manhattan, New York, –Feb. 2, 2004.
A top executive at the New York Mercantile Exchange is being investigated by the Manhattan district attorney. Sources close to the exchange said that Stuart Smith, senior vice president of operations at the exchange, was served with a search warrant by the district attorney’s office last week. Details of the investigation have not been disclosed, but a NYMEX spokeswoman said it was unrelated to any of the exchange’s markets. She declined to comment further other than to say that charges had not been brought. A spokeswoman for the Manhattan district attorney’s office also declined comment.”

The offices of the Senior Vice President of Operations — NYMEX — is exactly where you would go to find the records [serial number and smelter of origin] for EVERY GOLD BAR ever PHYSICALLY settled on the exchange. They are required to keep these records. These precise records would show the lineage of all the physical gold settled on the exchange and hence “prove” that the amount of gold in question could not have possibly come from the U.S. mining operations — because the amounts in question coming from U.S. smelters would undoubtedly be vastly bigger than domestic mine production.

No one knows whatever happened to Stuart Smith. After his offices were raided he took “administrative leave” from the NYMEX and he has never been heard from since. Amazingly, there never was any follow up on in the media on the original story as well as ZERO developments ever stemming from D.A. Morgenthau’s office who executed the search warrant.

Are we to believe that NYMEX offices were raided, the Sr. V.P. of operations then takes leave — all for nothing?

The revelations of fake gold bars also explains another highly unusual story that also happened in 2004:
LONDON, April 14, 2004 (Reuters) — NM Rothschild & Sons Ltd., the London-based unit of investment bank Rothschild [ROT.UL], will withdraw from trading commodities, including gold, in London as it reviews its operations, it said on Wednesday.

Interestingly, GATA’s Bill Murphy speculated about this back in 2004;
“Why is Rothschild leaving the gold business at this time my colleagues and I conjectured today? Just a guess on my part, but suspect something is amiss. They know a big scandal is coming and they don’t want to be a part of it… [The] Rothschild wants out before the proverbial “S” hits the fan.” — BILL MURPHY, LEMETROPOLE, 4-18-2004

What is the GATA?
The Gold Antitrust Action Committee (GATA) is an organisation which has been nipping at the heels of the US Treasury Federal Reserve for several years now. The basis of GATA’s accusations is that these institutions, in coordination with other complicit central banks and the large gold-trading investment banks in the US, have been manipulating the price of gold for decades.

What is the GLD?GLD is a short form for Good London Delivery. The London Bullion Market Association (LBMA) has defined “good delivery” as a delivery from an entity which is listed on their delivery list or meets the standards for said list and whose bars have passed testing requirements established by the associatin and updated from time to time. The bars have to be pure for AU in an area of 995.0 to 999.9 per 1000. Weight, Shape, Appearance, Marks and Weight Stamps are regulated as follows:

After reviewing their prospectus yet again, it becomes pretty clear that GLD was established to purposefully deflect investment dollars away from legitimate gold pursuits and to create a stealth, cesspool / catch-all, slush-fund and a likely destination for many of these fake tungsten bars where they would never see the light of day — hidden behind the following legalese “shield” from the law:

The Federal Reserve knows but is apparently part of the schemeEarlier this year GATA filed a second Freedom of Information Act (FOIA) request with the Federal Reserve System for documents from 1990 to date having to do with gold swaps, gold swapped, or proposed gold swaps.

On Aug. 5, The Federal Reserve responded to this FOIA request by adding two more documents to those disclosed to GATA in April 2008 from the earlier FOIA request. These documents totaled 173 pages, many parts of which were redacted (blacked out). The Fed’s response also noted that there were 137 pages of documents not disclosed that were alleged to be exempt from disclosure.

GATA appealed this determination on Aug. 20. The appeal asked for more information to substantiate the legitimacy of the claimed exemptions from disclosure and an explanation on why some documents, such as one posted on the Federal Reserve Web site that discusses gold swaps, were not included in the Aug. 5 document release.

The first paragraph on the third page is the most revealing.”In connection with your appeal, I have confirmed that the information withheld under exemption 4 consists of confidential commercial or financial information relating to the operations of the Federal Reserve Banks that was obtained within the meaning of exemption 4. This includes information relating to swap arrangements with foreign banks on behalf of the Federal Reserve System and is not the type of information that is customarily disclosed to the public. This information was properly withheld from you.” 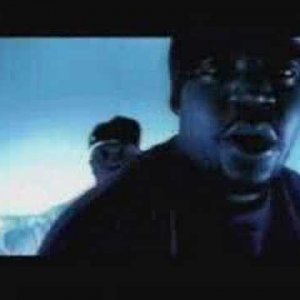