At one point in time Web hubbell and Hilliary Clinton worked at the Rose Law firm together.

The story above is nothing compared to reports that a black gay lover (Donald Young) of Obama was snuffed out. see link below

then a white gay lover of Obama Larry Sinclair wrote a book about. Here are excerpts of my report:


In 2009 Larry Sinclair published a book about his two homosexual encounters with then Senator Obama in Chicago. these two explosive sex acts happened on Nov, 6 & 7 1999.

A limo driver by the name of Jagir Multani introduced Obama to Larry. Larry gave obama a couple hundred dollars to get an eight ball of cocaine. While Larry performed oral sex on Obama, Obama smoked crack out of a glass pipe because it made him horny.The second encounter happened at Larry’s hotel room where Obama demanded that he “suck” his penis and Balls.


THE DESCRIBTION OF OBAMA’s PENIS


“So let us get down to some details about Barack Obama penis. Barack is uncut, or uncircumcised. He was at most approximately eight to eight and half inches in length. The girth was thin in nature, and had a hook to the left (when facing him) Obama’s left testicle clearly hangs lower than his right (But not Larger or smaller to the right one). His pubic hair were shaved. The most telling part of Barack Obama penis is that under the head he has three small pimple type bumps” (p.192)


I was very upset to find out that Obama had his Vice President Joe Biden get his now deceased son Beau Biden, Attorney General of Delaware to issue an arrest warrant against Larry after they sabotage his website then they dropped the charges for insufficient evidence. Another issue that’s not in this book is Obama lying in his book that his father was from Kenya. His real dad is Frank Marshall Davis who died in Hawaii in 1987. Davis was Bi-sexual too in his tell all book “Sex Rebel: Black” written under the pen name of Bob green. Even Barack’s so-called half brother is demanding he take a DNA test to prove he’s not a liar.


I end with the begging of Larry’s book with whom he Dedicated “To the memory of Donald Young, a man who died for no other reason than to protect the image of Barack Obama…a closet Homosexual” 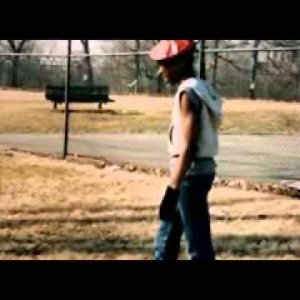